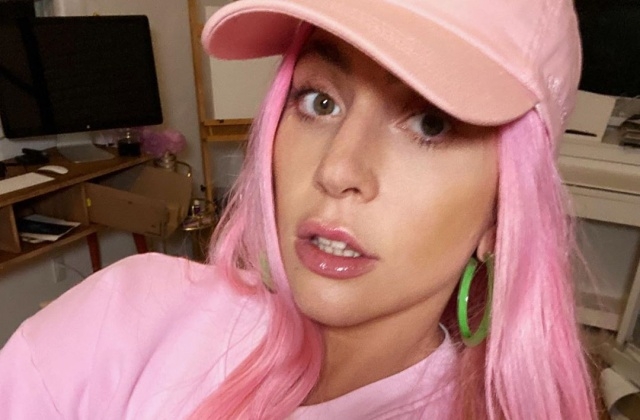 Lady Gaga is reportedly pregnant and already four months on the way. It was claimed that she is also engaged now to her boyfriend Michael Polansky.

In this week’s issue of In Touch Weekly, it was claimed that Lady Gaga’s engagement is supposed to be a secret but the word is already out. She has been dating Michael for about seven months now and they are welcoming their first child soon.

On social media, a photo of Lady Gaga is being scrutinized as those who saw it believed in the rumors that she is really pregnant. This is because the picture that is already making rounds online showed her with a rounded belly and apparently, her stomach is not flat at all.

It was stated that the photo was taken in Los Angeles while the singer was picking up pizza. In an attempt to make its story more believable, the magazine also posted quotes from a source who is said to have inside knowledge about the situation.

“Gaga is absolutely glowing,” the insider supposedly told In Touch. “All her friends think it’s true because she won’t give a straight answer about it.”

It was claimed that based on Lady Gaga’s friend’s estimation, the “Rain on Me” singer is already four months pregnant. Gaga is also ready to settle down now and start her own family.

Is it true that Lady Gaga is pregnant and will be marrying her boyfriend soon? Gossip Cop set out to investigate and stated that Lady Gaga and Michael Polansky never commented about this rumor.

And although there was a paparazzi photo attached to the In Touch report, the singer’s more rounded belly is not really an indication that she is expecting. There is no other proof provided thus, it can be concluded that this story is false.

Also, Gossip Cop pointed out that the magazine has already written a bunch of pregnancy reports about Lady Gaga and Bradley Cooper was the father. All of these were repeatedly debunked and it is the same as with the singer’s latest pregnancy claims.