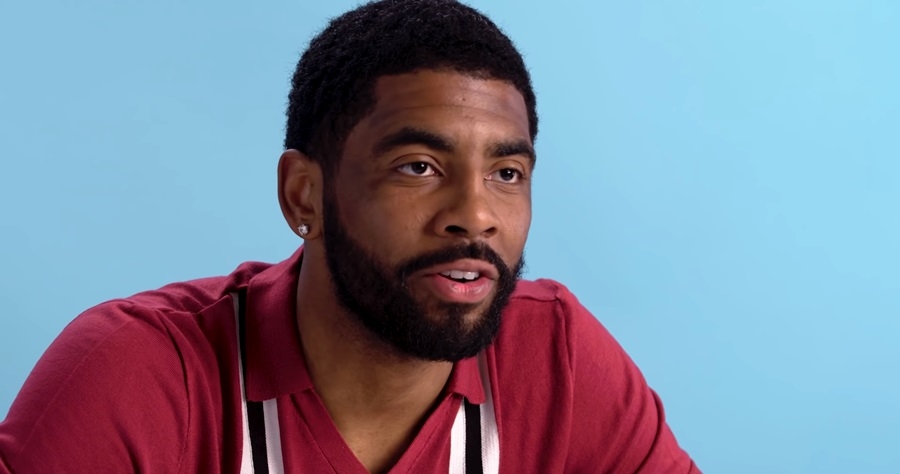 Photo via Screenshot of GQ/Youtube

Kyrie Irving will become a free agent in two weeks. As such, NBA pundits and analysts are offering their own predictions where Uncle Drew is headed next.

Last week, reports have come in that Kyrie Irving is highly interested in signing with the Brooklyn Nets. However, NBA legend Scottie Pippen is still convinced that the 27-year-old might be eyeing the Los Angeles Lakers as the next chapter for his career.

Pippen essentially ruled out the New York Knicks out of the narrative and even went as far as calling them “losers” during a segment of The Jump. The Knicks is looking to fill its roster this upcoming free agency, and it was initially assumed that Kyrie Irving would soon be playing at the Garden.

However, Pippen argued that due to the performance of the team in recent years, the Celtics guard shouldn’t sign with the organization unless he’s willing to play with a poorly assembled crew. ESPN’s Rachel Nichols holds a similar – albeit tamed – sentiment and said that the front office of the Knicks has yet to show signs of having reinvented itself like what the Nets did. As for the Celtics re-signing Kyrie Irving, that boat has sailed, and it seems the talented guard wasn’t even there to wave goodbye to his current team. According to Adam Himmelsbach of the Boston Globe, the Australian native has basically given the Celtics the silent treatment as communication between both have been next to non-existent.

“The strangest part of the [Kyrie] Irving situation right now is that it appears he has essentially ghosted on the Celtics. The people within the organization I have spoken with have made it clear that they have had little, if any, communication with Irving in recent weeks.”

With the Lakers now acquiring Anthony Davis to play alongside Lebron James, Kyrie Irving can still opt to throw his hat with the Lakers and potentially win yet another ring. This is especially true since the Warriors isn’t expected to win next year following a string of injuries that sidelined Klay Thompson and Kevin Durant. Fortunately, we wouldn’t have to wait long what Uncle Drew plans for the future as the free agency will start on June 30.