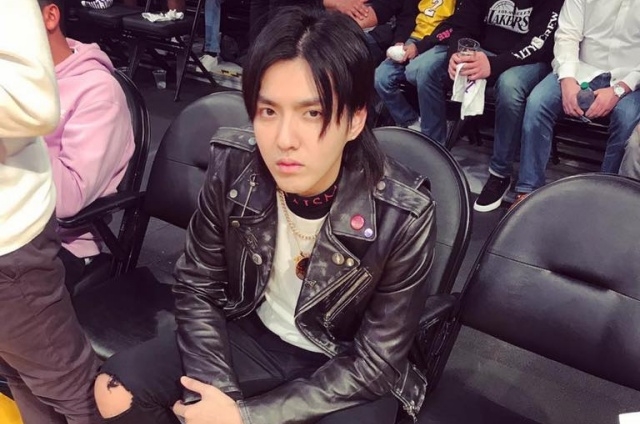 Kris Wu, a former member of the South Korean group, EXO has been rumored to be secretly dating f(x)’s leader Victoria Song. The two used to be part of SM Entertainment, but since he left his group and company in 2014, they are no longer labelmates.

Wu went on to promote solo in his home country, which is China. Victoria is also Chinese, so when she started to work actively in her home, she and Wu crossed paths again. They have also been cast in shows in China, and this made them closer.

Are Kris and Victoria dating?

With their constant appearance in Chinese programs together, it shows that they have a good relationship, and this is one thing that made people suspect them as being in a relationship. Also, according to Hype, what really set off the dating rumors of Kris Wu and Victoria was an incident at the Nanjing Lukou International Airport.

Based on the report, there was a time when the PA system in the airport called the pair’s names for boarding and people thought that they were together and probably traveling as lovers. This happened just last month, and almost immediately, the news spread like wildfire on Chinese social media like Weibo.

Fans were talking about Kris Wu and Victoria on forums and other sites. Many expressed shock over the alleged secret dating of the two stars while some felt bad because they thought that they were supposed to be on a private schedule, but their trip was accidentally exposed at the airport. No crew members or staff that usually accompany them were called with them through the PA, and this heightened the belief that they were traveling alone.

Meanwhile, Kris Wu recently patched things up with his former bandmate Tao who used to be part of EXO as well. The two met again in January as they both performed at China’s Dragon TV's New Year Eve Concert. At one point, the two could be seen hugging each other, and that showed that they had reconciled right there and then.

In any case, it was also revealed that Luhan, another EXO member who left the group, had re-established his friendship with Kris Wu and Tao and they are all friends again. In fact, Tao and Luhan supported the rapper/actor when they took part in the dance craze of Kris’ song called the “Big Bowl, Thick Noodle.” The three are also following each other on social media now.