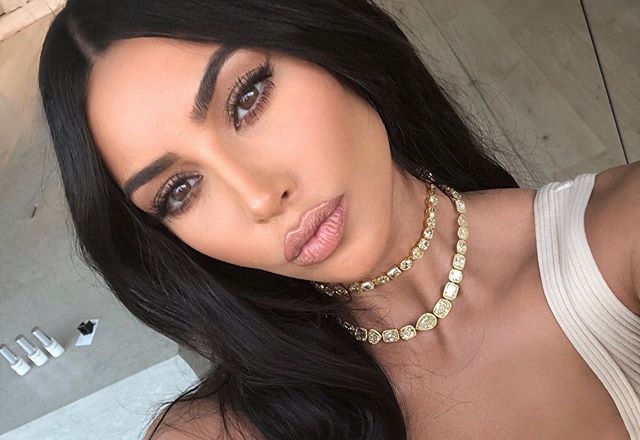 Kim Kardashian and Kanye West are said to be heading for splitsville once they welcome their fourth baby. The child was said to have been conceived through surrogate just like their third child but based on the investigation, this story is certainly false.

As per In Touch Weekly via New Idea, Kanye West is being immature by demanding that his wife, Kim Kardashian, to only devote her time and attention to him. This demand allegedly made the “Keeping Up With the Kardashians” star furious and a huge fight between them broke out.

The source supposedly told the tabloid, “He accused her of not giving him enough attention. It got out of control. Kim needs her freedom – she went and got the kids and stormed out, slamming the door.”

It was added, “He goes wherever he wants, but when he’s in LA, he expects Kim to run around after him 24/7. She feels more like his babysitter than his wife.”

The publication further wrote that Kim Kardashian and Kanye West’s seven-year marriage is “at breaking point” following the latter’s moody and unpredictable behavior. The tipster added that the former is fed up and would accept separation as the option to solve their issues.

"After years of being a supportive wife, there's only so much she can take. There's no reason for her to stay in a bad marriage,” the source shared. “This isn't a rocky patch they're going through, they've been unhappy for years."

Kim Kardashian is said to be scared about the thought of being alone after their divorce but she is prepared to be independent again. She considers herself strong enough to deal with the consequences of her divorce with West.

But as said before, this is false and Gossip Cop can confidently debunk it after some digging for the truth. The publication found that Kim Kardashian and Kanye West are actually more in love with each other these days and this is evident with their dinners, romantic getaways and simple interactions at home that everyone can see via “KUWTK” and social media. Also, this is In Touch’s nth report about the couple that was fabricated so it cannot be trusted.