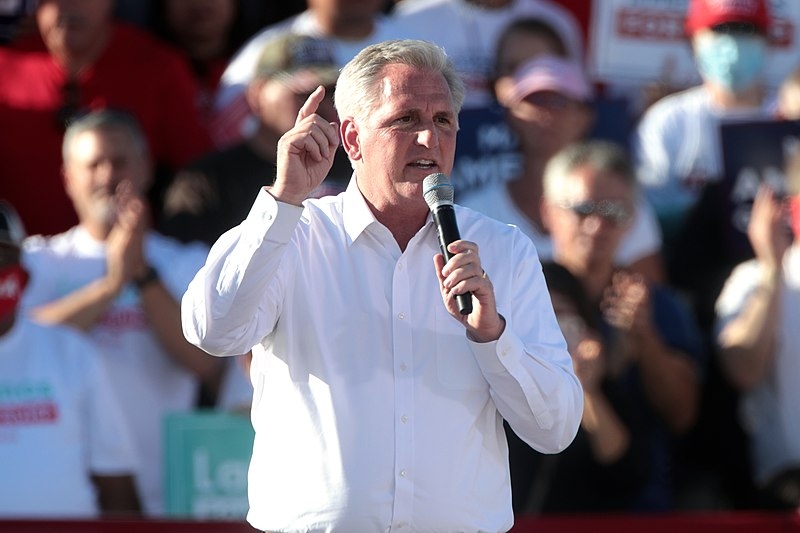 Speaking on Fox News, McCarthy claimed that if Democrats are taking racism seriously, the party should consider changing its name. McCarthy cited that during the days of the Civil War, the Democratic Party was the political party that embraced racist values. To note, this has dramatically changed following the Civil War, with the GOP today openly embracing racism.

“If Democrats were really serious about addressing racism, they’d change the name of their party, since Democrats in the pre-Civil War era defended slavery,” said McCarthy.

It should also be noted that during the 1790s, Democrats were known as Democratic-Republicans, as both political parties at the time were one party, opposing the Federalists. McCarthy’s comments have come under fire, with many netizens on social media mocking the House Minority Leader.

“Yes Kevin, but all the racists in the party left when they started supporting civil rights. This is more BS gaslighting,” said one user.

“It’s also weird that they keep insisting that it was the Republicans that freed the slaves but they also want to protect the Confederate monuments. I wonder what their Republican forebears would think of those monuments,” said another commenter.

Previously, McCarthy is also under pressure as he is expected to recommend five Republican lawmakers to be part of the select committee that will probe the January 6 insurrection at the Capitol. The first eight members of the 13-member select committee have already been announced recently, with Democratic House Speaker Nancy Pelosi appointing Wyoming Republican Rep. Liz Cheney to be among them.

Five members have yet to be nominated by McCarthy. Pelosi has the power to veto any recommendation made by the House Minority Leader, however.