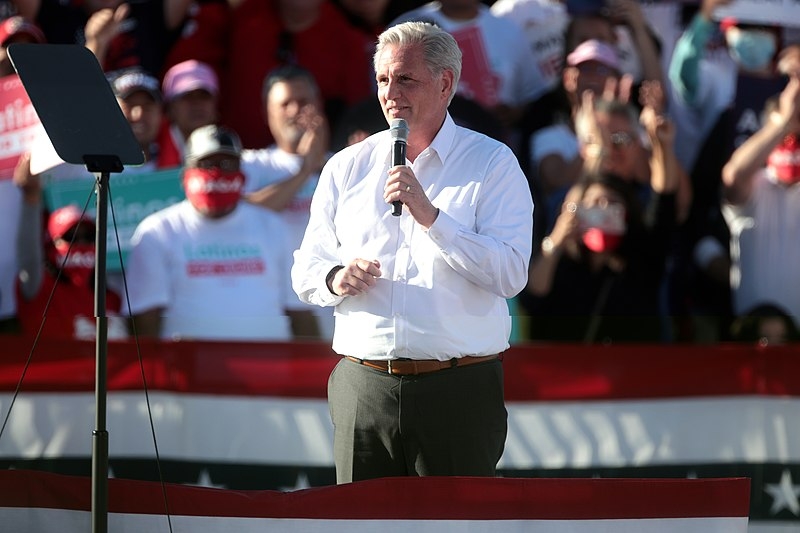 The January 6 insurrection at the Capitol led to former President Donald Trump’s impeachment on a bipartisan vote by the House. One of Trump’s prominent Republican critics, Rep. Adam Kinzinger, revealed that he already warned House Minority Leader Kevin McCarthy that his rhetoric could lead to possible rioting only to be dismissed.

The Illinois Republican revealed on Twitter Monday that he had already warned McCarthy before January 6 that his rhetoric and actions, including the behavior of the Republican Party today, could incite violence. McCarthy appeared to brush off the warning, and the House Minority Leader would ultimately be initially furious at the now-former president when the riots occurred.

“A few days before Jan. 6, our GOP members had a conference call. I told Kevin that his words and our party’s actions would lead to violence on January 6th. Kevin dismissively responded with, “ok Adam, operator next question.” And we got violence,” tweeted Kinzinger.

Kinzinger was among the 10 House Republicans who voted to impeach Trump, joining seven Republican Senators, who voted to convict. The Senate failed to reach the threshold of votes needed to convict, leading to Trump’s acquittal for the second time.

Previous reports, including testimonies during the former president’s impeachment trial, revealed that McCarthy was furious at Trump for the violence that his supporters were creating. McCarthy has since attempted to downplay his former claims that Trump is to be held responsible for inciting the insurrection. Five people were killed in the midst of the violence, with over 140 people injured.

Another House Republican who voted to impeach Trump was its third-ranking member Liz Cheney and many Republican Reps. Including McCarthy, that is still loyal to the former president, is pushing to unseat her from her leadership rank. McCarthy confirmed in a letter this week to members of his caucus that they will be taking a vote Wednesday on whether to oust Cheney from her leadership position.

It appears to be certain that Cheney would lose her leadership role, as McCarthy and House Minority Whip Steve Scalise have already signaled support for New York Republican Elise Stefanik. Cheney also faces a bitter dispute with Trump.