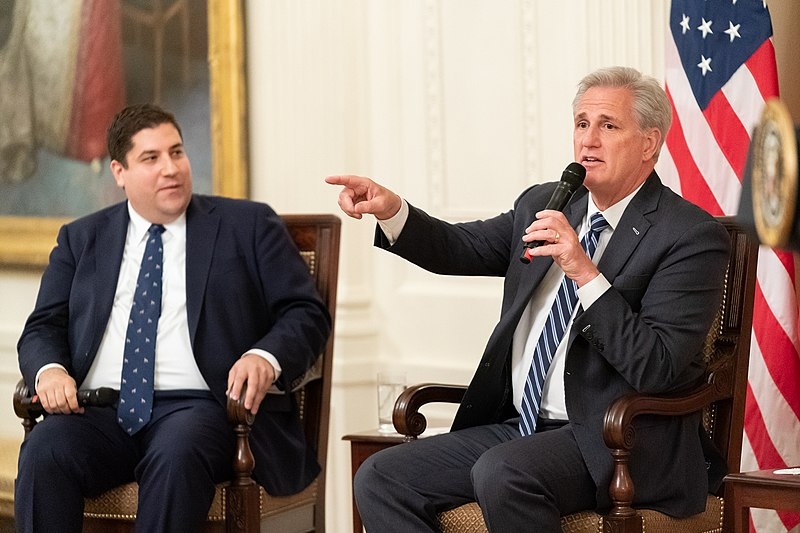 McCarthy condemned Greene’s antisemitic rhetoric Tuesday after days of Greene doubling down on her comparisons of COVID-19 vaccine passports to the millions of Jews getting killed in Nazi Germany. Despite McCarthy’s condemnation, many Americans have been pushing for McCarthy to expel Greene from the House of Representatives. The House Minority Leader issued a statement condemning Greene but also alleged that House Speaker Nancy Pelosi turned a blind eye to the antisemitic behavior within the Democratic Party.

“Marjorie is wrong, and her intentional decision to compare the horrors of the Holocaust to wearing masks is appalling,” McCarthy tweeted. “Let me be clear: The House Republican Conference condemns this language.”

“Greene’s antisemitism has been blatant for a long time. You ignored it because it was convenient, you protected her, and you tried to keep her on her committees. Actions speak louder than words, and your actions say you are completely fine with Marjorie Taylor Greene,” tweeted Rep. Beyer.

Commentator Donny Deutsch on MSNBC’s “Deadline: White House,” also ripped into the House Republican leadership for failing to take any further action against Greene’s antisemitic attacks. Deutsch cited a survey conducted among Millenials and Gen-Z in 2020, noting that one in 10 people did not know of the Holocaust, one in 10 people did not think it existed, and over half of the respondents could not name one of the concentration camps.

Deutsch also went on to cite a social media slip up by Greene, who retweeted a tweet that blasted the House Republican leader. In the tweet that has since been deleted, Greene thanked the original poster. “The fact that Kevin McCarthy took five days to come out with this? Shame on you. It’s sad. It’s troubling. It’s disgusting,” said Deutsch.