Kawhi Leonard 2018: Will Draymond Green and Stephen Curry Play Against the Raptors on Friday? 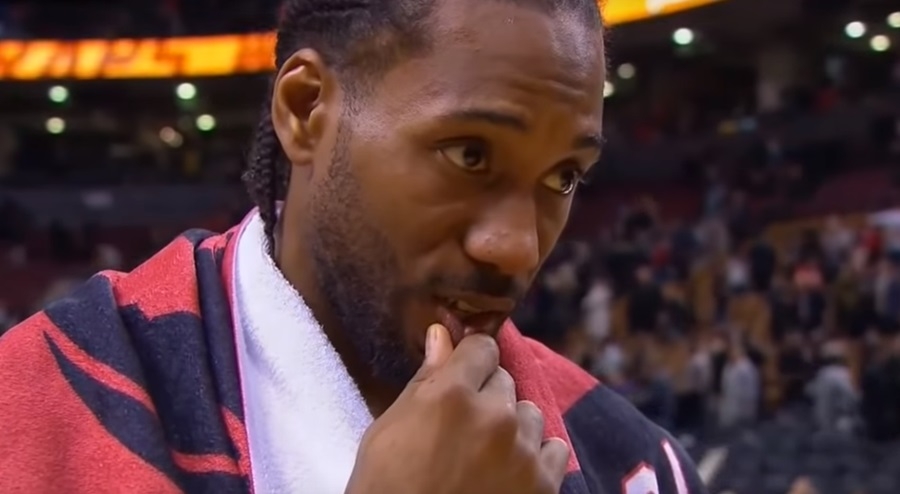 Kawhi Leonard has managed to lead the Toronto Raptors to another home victory after recently defeating the Washington Wizards 125-107. The ex-Spurs superstar drained 29 points and caught 10 rebounds by the conclusion of the match, showcasing once again why he’s considered one of the top five active players today.

The 27-year-old has been quite the addition for the Raptors after critics questioned the team’s decision of taking the gamble to integrate Kawhi Leonard into their roster. That gamble has splendidly paid off and the Raptors are currently sitting at an impressive record of 16 wins and only 4 losses. But an enormous challenge looms on the horizon as the team will be facing the Golden State Warriors this Friday.

However, it’s still unclear whether the Raptors will be facing the full might of the Warriors as Stephen Curry has yet to fully recover from his strained left groin. If the guard does play on Friday, the Raptors will certainly need the leadership of Kawhi Leonard and his ability to shut down shooters of the opposing team.

While the Golden State Warriors is still considered to have the upper hand against the Canadian team, their chemistry recently took a hit after Draymond Green called Kevin Durant a b****. Green is also injured at the moment as he recently suffered a right toe sprain, Daily Express reported. Meanwhile, Kawhi Leonard and the rest of the Raptors are healthy and they’ll be bringing their full roster in the imminent matchup.

Will they be able to beat the Warriors? That remains to be seen. Right now, the Raptors still need to face the Memphis Grizzlies before going head to head with the Warriors. Hopefully, the match doesn’t leave anyone injured. As for Kawhi Leonard, he seems to be adjusting pretty quickly with his new team if their record is anything to go by.

The 27-year-old has also been more open of late as he responded to coach Greg Popovich’s recent statement about him not being the leader of the Spurs last year. Kawhi Leonard told reporters that he did lead the Spurs when he played for the team but not in the way that everyone is expecting.

"I lead by example coming into practice every day. Just going hard and coming into these games mentally focused. You can't see things once you're playing on the floor. Guys ask me questions about their matchup or if I see something on the floor, I'm telling guys, 'Go here, go there,' just motivating people, do you know what I mean?” Kawhi Leonard explained.