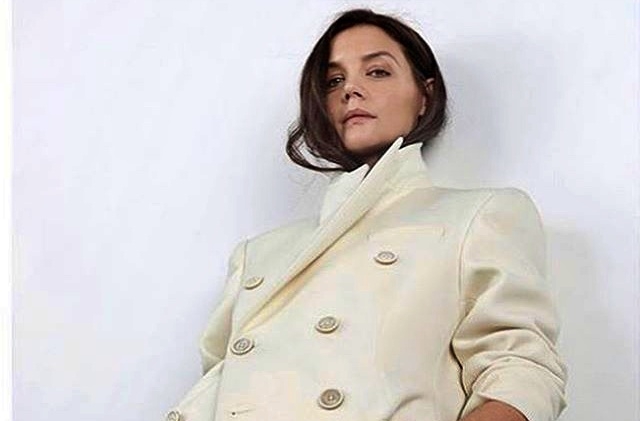 Katie Holmes was recently confirmed to be dating a chef named Emilio Vitolo Jr. Many were shocked because the actress is not the type to be very public with her love life yet everyone came to know about her new beau after she went on dates with him and displayed intimate affection without a care in public.

Then again, while her friends and family may be happy to see Katie Holmes moving on well after her split with Jamie Foxx last year, there are controversies with her current relationship. This is because it turned out that Emilio was engaged and not long after parting ways with her, he immediately started dating Katie Holmes.

Rumor about Katie and Emilio’s relationship

There are rumors that suggest Emilio could have cheated or perhaps, he broke off his engagement to be in a relationship with Suri Cruise’s mom. In Touch Weekly claimed in a report that Emilio’s ex-fiancee Rachel Emmons was blindsided.

“Rachel was absolutely in the dark that Emilio was seeing Katie,” the insider told the magazine with regards to the chef’s suddenly dating the actress. “She knew nothing about it and received a break-up text from him on a Tuesday, a couple of hours before the first photos were taken and spread like wildfire across the internet.“

It was added that Rachel was still living with her beau when he started seeing Katie Holmes. She found out they have been seeing each other for a while thus, she was devastated when he broke their engagement.

Katie and Rachel to face-off

Now, the National Enquirer reported that Rachel and Katie Holmes are set to face each other. The “Dawson’s Creek” actress is said to be getting ready for the catfight. The magazine described Emilio’s ex-fiancee as “jilted” and wants to seek revenge.

The paper claimed that Rachel is now demanding answers from the 41-year-old actress because she sort of stole her parter. Katie is allegedly aware that Emilio was engaged to Rachel but she still engaged in a “steamy fling” with him.

Suri Cruise’s mom is reportedly not backing down and will face Rachel. She will not apologize even if Rachel thinks she stole Emilio. Katie is said to be prepared for the backlash from her boyfriend’s ex as well as her friends.

Debunking the allegations about Katie Holmes

The gossip police outlet stated that there is no evidence that shows Rachel Emmons is facing Katie Holmes for a catfight. While Gossip Cop wrote that while it is not certain if Emilio’s ex is really upset over his new romance, it is not true that she wants to fight with Katie. Upon checking with the actress’ rep, their side also denied that there is a conflict between Rachel and Katie.