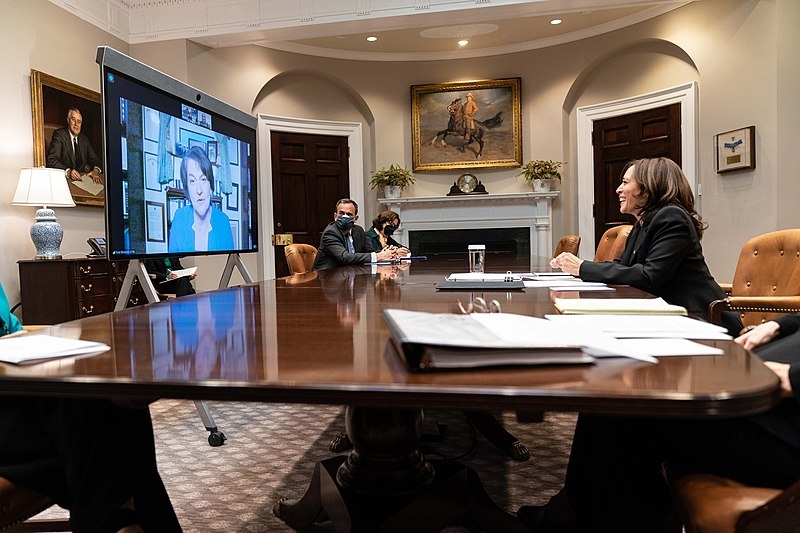 Vice President Kamala Harris is resetting her trip to Detroit, Michigan, as she is set to travel to the city next week. Harris’s visit is part of the Biden administration’s efforts to further promote vaccinations and shoring up support in protecting voter rights.

Harris will be visiting Detroit next week after her initial visit back in June was postponed due to flooding that occurred in the area. The vice president will be visiting on Monday. According to the White House, Harris still plans to urge residents to get vaccinated against COVID-19 on her visit as well as discuss voting rights, but there has yet to be a detailed schedule for Harris when she visits next week.

With Harris tasked to lead the administration’s efforts in protecting voting rights, her visit also comes as the state’s legislature is considering the passage of proposals by GOP state lawmakers to change the state’s election rules following the bitter 2020 elections. The proposals include provisions for absentee and mail-in ballots. To note, the Republican-led legislature in the state has already introduced 40 from the House and 39 bills from the Senate.

None of the bills have yet to reach the desk of Democratic Governor Gretchen Whitmer, who is likely going to veto the more controversial proposals. Many critics have dubbed the GOP proposals all over the country as voter suppression efforts. This is because the Republican-led proposals would disproportionately affect voters and communities of color.

Harris previously met with Democratic lawmakers of the Texas legislature, following their obstruction of a GOP proposal to implement restrictive voting laws in the state.

With Harris leading the administration’s efforts in voting rights, the vice president recently announced a $25 million investment by the Democratic National Committee that will go into expanding its program to help increase voter turnout, especially in the 2022 midterm elections.

Details revealed by the DNC to CNBC of its updated “I Will Vote” program suggest that the committee is looking to boost voter participation into the 2022 midterms and the 2024 elections. The announcement also highlights Harris’s role in protecting voter rights from the GOP-led legislatures that aim to restrict access to the ballot box.