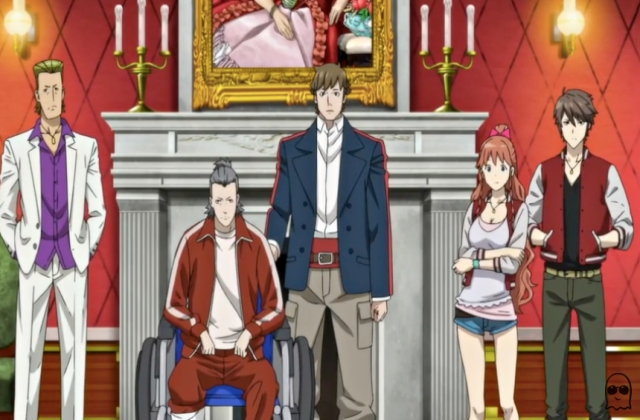 “Kabukichou Sherlock” season 1 episode 14 is here, and it will continue the story about Moriarity, and this time, Fuyuto Kyogoku will be in the spotlight as well. In fact, this chapter will reveal his backstory so the viewers will get to see bits of his past.

As shared on iMDb, “Kabukichou Sherlock” episode 14 has been titled “Take Back Your Melon Heart,” and its plot summary reads: “In shock after the events with Jack the Ripper, Fuyuto is sent to the hospital and finds a new case.”

Fuyuto is a known serious person who always dresses neatly. He is always confident, especially when it comes to his detective perspective. He has always been stoic, but after meeting Maki, he turned into a lovestruck fool who thinks Sherlock is a pervert.

Then again, after the truth about Jack the Ripper’s identity was uncovered by Watson and Sherlock, he almost went crazy due to shock. The serial killer turned out to be Maki, who is really a man dressed as a woman.

As mentioned in the synopsis, he was hospitalized due to great shock but, fortunately, started to recover. Now, he is ready to be a detective again as a new case unfolds in the medical facility. He is pretty much back as his old self and can handle a new case to solve.

While Kyogoku is recovering fast and slowly getting back to the circulation, James Moriarity is having a hard time in jail. He is being bullied there, but he chose to remain silent and just let things slide than to get in trouble.

On the Reddit discussion board for “Kabukichou Sherlock” season 1 episode 14, fans talked about how James appears to be in danger because someone tried to poison him. There are others who think that it was Moriarity who put the poison on their food, but then they ask, why will he put that deadly substance on his own food.

They still did not figure out who put the poison on James’ food, but they are sure he is in danger. Someone suggested it could be Trevor.

“Kabukichou Sherlock” episode 14 was dropped on Jan. 18 in Japan, but the English version has yet to arrive. However, the exact date for its release is not yet available.