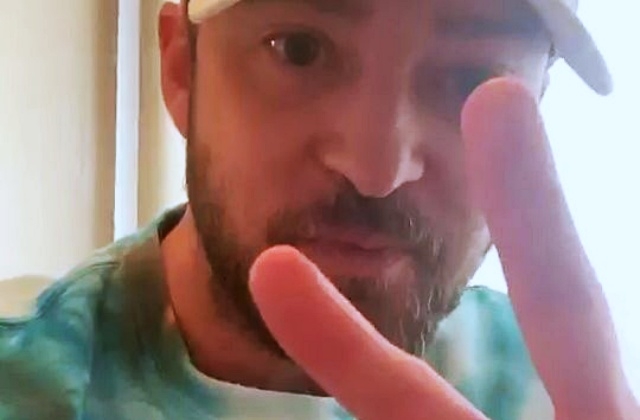 Justin Timberlake has been previously reported to have cheated on his wife, Jessica Biel. The singer/actor was caught getting touchy with his “Palmer” co-star Alisha Wainright last year, and the question is - did he really cheated?

Since tying the knot in 2012, Justin Timberlake and Jessica Biel have been hounded with divorce rumors. For the most part, the actor was always being labeled as a cheater, which is supposedly the main cause of their splits. And now, it happened again but this time media outlets provided so many photos to prove the claim.

In November 2019, Justin Timberlake was filming “Palmer” in New Orleans and one time, some production execs and cast members went out to take a break. They hang out in a bar and had drinks. The problem was Justin was photographed holding hands and touching his co-star Alisha Wainright.

"At one stage he grabbed her hand and rested it on his knee,” The Sun quoted an onlooker as saying at that time. “She then gently started stroking his leg then he clutched her hand with both of his and was playing with her hands.”

There were photos to back this scenario up and it is true that it happened. However, Justin Timberlake strongly denied that there is something going on between him and Alisha. He also said that those things could have happened as they were already intoxicated.

After his denial, Justin Timberlake apologized to Jessica Biel and to everyone for what happened. In the message that he posted on his Instagram, he also addressed the issue.

"A few weeks ago I displayed a strong lapse in judgment — but let me be clear — nothing happened between me and my costar," Justin explained. "I drank way too much that night and regret my behavior. I should have known better."

He went on to apologize and promised to be a better husband and father. Justin added that what he did was something that he doesn’t want his son to follow.

“I apologize to my amazing wife and family for putting them through such an embarrassing situation,” he said. “I am focused on being the best husband and father I can be.”

The question remains - Did Justin cheated? Here’s the truth

Following the scandal, Justin Timberlake and Jessica Biel appeared to have patched things up if they have even fought over the cheating allegations. But while he was forgiven - did he really cheated on his wife?

Gossip Cop opined that the actor denied the rumors and he has worked things out with his wife. With that, it could only mean that he is not guilty, or else Jessica Biel would not forgive him that easily.