Jokowi wins Indonesia's election, polls indicate – what does that mean for human rights? 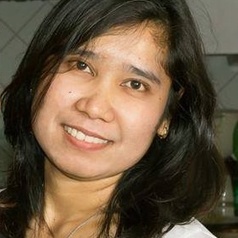 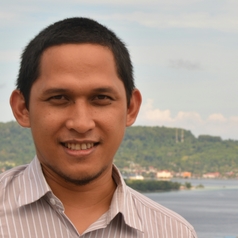 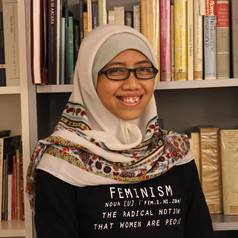 Joko “Jokowi” Widodo will keep his position as Indonesia’s president for another term, now with a senior Islamic cleric Ma'ruf Amin as his vice president, according to early results from polling companies that surveyed the vote held on Wednesday April 17.

The official tally from the General Election Commission is expected by May 22. But various survey institutions such as Indicator, Indobarometer, Charta Politika, CSIS-Cyrus, Kompas took a sample of around 2000 polling stations (TPS). Their sampling showed that Jokowi-Ma'ruf led the vote in the range of 54-56%, while the opposition ticket of Prabowo Subianto and Sandiaga Uno was at 44-46%.

We asked political and human rights experts to analyse what Jokowi’s apparent victory means for civil liberties and the protection of human rights in Indonesia.

In 2014, Jokowi won the presidential election by promising to respect, protect and fulfil human rights. For four and a half years the Jokowi government failed to keep this promise.

Jokowi should use his second victory to keep his promises.

Indonesia’s 2017 Universal Periodic Review by the UN , shows that the government must address a number of human rights issues, for example, violence carried out by security forces, especially in remote areas, such as Papua, and cases of torture, and violence against women, children and minority groups.

In the first period of Jokowi’s administration, protection of minorities was weak. Also, the state used the Electronic Information and Transaction Law to ensnare minority groups, anti-corruption activists and environmental protection groups.

As a first step, Jokowi and his new vice president, Ma'ruf Amin, must evaluate the Attorney General’s performance who for four years failed to bring human rights criminals to justice as recommended by the National Human Rights Commission.

Jokowi must also ensure the mandate of the demands of the 1998 Reformation to revoke military involvement in civilian matters be upheld. If he appoints those who are affiliated with the military in civilian positions, especially in strategic positions to protect human rights, it will muddy the civilian-military boundaries and potentially harm attempts to resolve past human rights abuses.

In my opinion not much will change in terms of civil liberties protection in Jokowi’s second term if the constellation of power supporting the Jokowi government remains the same. And it seems so. We can see this from the “status quo” parties in Jokowi’s coalition that survived the parliamentary threshold. Jokowi and the leader of Democratic Party of Struggle (PDI-P), Megawati Sukarnoputri, may remain close with retired general Luhut Binsar Panjaitan, who has an interest in the mining business and energy, and with AM Hendropriyono, former head of the National Intelligence Agency, an organisation allegedly involved in the killing of human rights defenders Munir Said Thalib.

The existence of retired generals allegedly involved in human rights violations as well as those connected with mining companies in Jokowi’s circle of power will hinder efforts to resolve not only past atrocities but also agrarian conflicts. The number of land conflict victims from agriculture, mining and infrastructure development activities will likely increase. State repression and civilian violence against discussions, film screenings and meetings that criticise the business relationships of people around Jokowi as well as those advocating for the interests of marginalised groups will continue.

Meanwhile, civil society efforts to prevent the military from intervening in civilian matters will continue to face challenges. The case of Robertus Robet, an activist and academic who was recently arrested during a rally for singing a song that criticised the military, for example, is likely to be left unresolved but will serve as a warning.

The use of identity politics will still be dominant given that the Prosperous Justice Party (PKS) and Gerindra seemed to gain significant votes and will remain in opposition. Moreover, they also have strong candidates, such as current Jakarta governor Anies Baswedan, Sandiaga Uno or other PKS officials for the 2024 presidential election.

The two parties will likely continue using religious identity narratives that will reproduce and sharpen polarisation in society to consolidate their power. As before, Jokowi’s camp will also respond to the attacks using similar narratives, with minority groups taking the brunt.

‘The best of the worst’

Jokowi-Ma'ruf’s victory will not mean anything to many segments of minority groups, including LGBTIQ, if they do not make any major improvement in the form of policies that protect the rights of individual minorities.

Jokowi’s first term has been widely criticised. Jokowi had ignored gross human right abuse cases and minority protection, even though he campaigned on a human rights platform.

In the face of his lack of achievement in human rights protection, his victory can be seen as a result of two things: First, his opponents have poor human rights records. Second, the public still trusts Jokowi more compared to Prabowo on human rights issues.

In other words, in the context of human rights, voters choose Jokowi on the principle of ‘the best of the worst’. Jokowi was elected because he did not have any record of human rights abuse, that’s all.

Another aspect of Jokowi 2.0 era, which human rights activists will closely monitor, is his running mate, Ma'ruf Amin.

Ma'ruf Amin’s popularity does not come from his commitment to inclusiveness, but his traditional support base as the senior cleric of the Nahdlatul Ulama, Indonesia’s largest Muslim organisation. In the long term, Ma'ruf Amin must serve not only his Muslim base, but also other segments of Indonesian society, especially those from marginal groups.

Ma'ruf should change his perspective. In his role as an Islamic scholar, he has alienated minority groups, including, Syi'ah, Ahmadiyah and LGBTIQ. As Vice President, Ma'ruf must act as a public official with the obligation to protect the rights of all Indonesian people, irrespective of race, ethnicity, sexuality or religion/non-religion.

For Jokowi’s second term, the sacrificing of minority rights to gain popular votes will no longer be acceptable. Jokowi should protect minority groups who, although they had lived within the structure of systemic violence under his first term, have shown they still trusted him for a second term in office.