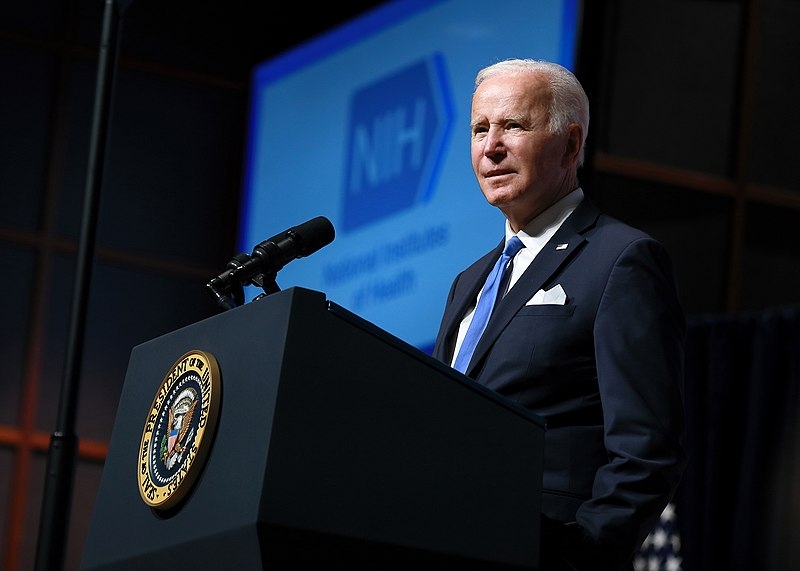 US President Joe Biden served as vice president to Barack Obama at a time when Russia occupied Crimea back in 2014. With tensions simmering between Russia, western powers, and Ukraine, a war stories expert explained Biden’s stance on Ukraine.

Speaking with Mary Harris, Slate war correspondent Fred Kaplan explained Biden’s stance on Ukraine, especially at a time when there were fears that Moscow would decide to invade the nation. Kaplan said that he does not believe an invasion of Ukraine would ultimately be done, noting that more Russian troops would be needed to carry out such a move. Kaplan also cited that Russian President Vladimir Putin has always taken caution in using military force, as the armed resistance would result in Russian casualties as well.

“Biden himself is very keen on Ukraine. When he was vice president in 2014, he wanted to do more to help Ukraine than Obama did. He wanted to send some lethal arms even then. But I asked, ‘Is there anybody who is saying that what we need to do is let Ukraine into NATO’s right now? Or is there anybody who is saying if Russia invades, we have to send US troops to counter them?’ And what I’m hearing is ‘No, nobody’s saying that.’ So why base your whole position on an insistence for something that you’re never going to do anyway?” said Kaplan.

“Look, I have no idea whether this approach will meet success. I don’t know. But this is what Putin has laid down on the table. Let’s take that as a premise and go from there and see if it works,” added Kaplan, who added that Russia might be worried about backlash from the West, most especially the US.

In other related news, Biden announced Tuesday that the administration will purchase 500 million at-home COVID-19 test kits and the mobilization of 1000 military medical personnel to assist in overburdened hospitals. The announcement comes as the US braces for a surge of Omicron variants of the coronavirus in the country.

The US leader said Americans could request the free COVID-19 test kit online to be delivered to their homes.