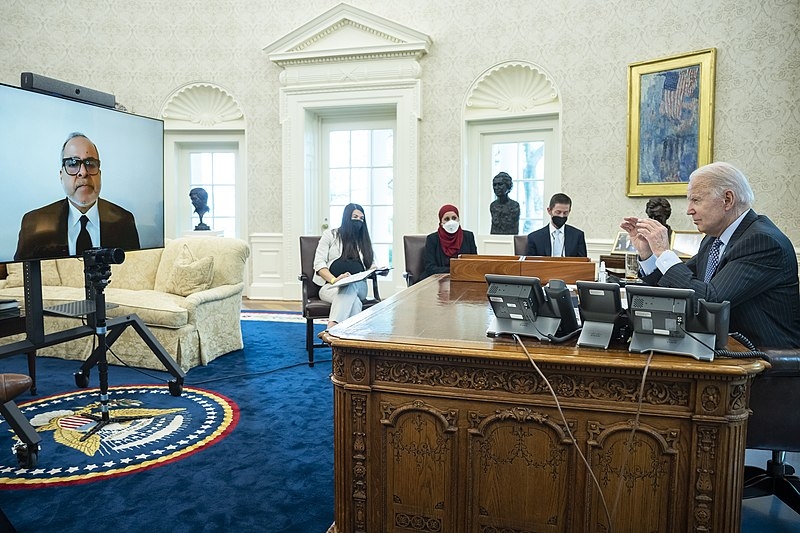 US President Joe Biden recently spoke with Democratic Governors of several states over the repercussions of the Supreme Court’s decision to overturn Roe v. Wade. The governors have called on Biden to make use of federal facilities to provide abortion services.

Biden criticized the court’s decision to overturn a woman’s right to get an abortion, describing the ruling as “tragic” and that he also shared the public’s outrage. Biden also reiterated his commitment to using the federal government to continue abortion access where it allows and called to elect more Democrats who support women’s reproductive rights.

“We ask that you consider your ability to use federal facilities,” said Hochul, citing “veterans’ hospitals, military bases, and other places where the federal government controls the jurisdiction in some of the states that are hostile to women’s rights and make sure those services are available to other women.”

Grisham echoed Hochul’s comments, saying that Native nations in her state have informed her that they would allow abortion services at IHS facilities.

In other related news, a group of lawmakers is calling on Biden to take action by filing a formal request for consultations with India at the World Trade Organization over the alleged “dangerous trade-distorting practices.”

The lack of “rule-following” by India and the lack of response from the Biden administration has apparently reshaped the global agricultural production and trade channels by lowering prices and depressing the production of rice and wheat commodities, which put American producers at an advantage, according to the lawmakers.