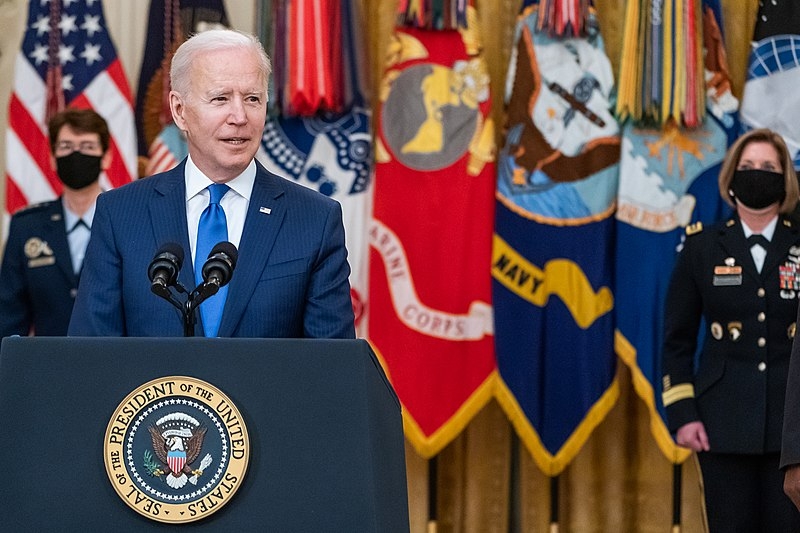 President Joe Biden has had a historic first few months as the new US leader since getting sworn in last January. Biden makes history again as he is set to address a joint session of Congress this month.

Biden is set to make his first formal address as president to a joint session of Congress this month, on April 28. This address would come ahead of his 100th day in the White House. House Speaker Nancy Pelosi made the invitation to Biden Tuesday night, as confirmed by the White House.

When it comes to the president addressing a joint session of Congress, all lawmakers from both parties are present in the House chamber. This also includes Senators and Supreme Court justices as part of a constitutional requirement. However, this year’s address may be differently structured due to the pandemic.

It is likely that fewer members would be expected to attend Biden’s address this month, but the time has yet to be determined. White House Press Secretary Jen Psaki said that they are cooperating with Pelosi’s office regarding logistics and security measures. Pelosi would be in charge of who would be invited to attend and how many people could be present.

According to Psaki, Biden is set to address his efforts to rebuild the country’s economy, address the global challenges, and fighting the COVID-19 pandemic. Following the January 6 insurrection, law enforcement officials are also standing by in Washington in case domestic extremists plan on targeting Biden’s address to Congress.

In other news, Biden criticized recent Republican-led pieces of legislation in restricting voting access. In a virtual conference hosted by the National Action Network, Biden said that some parts of the country are harkening back to the days of “Jim Crow.” This follows his previous criticism of a new sweeping voting law in Georgia.

“Parts of our country are backsliding into the days of Jim Crow, passing laws that harken back to the era of poll taxes -- when Black people were made to guess how many beans, how many jelly beans in a jar or count the number of bubbles in a bar of soap before they could cast their ballot,” said Biden.