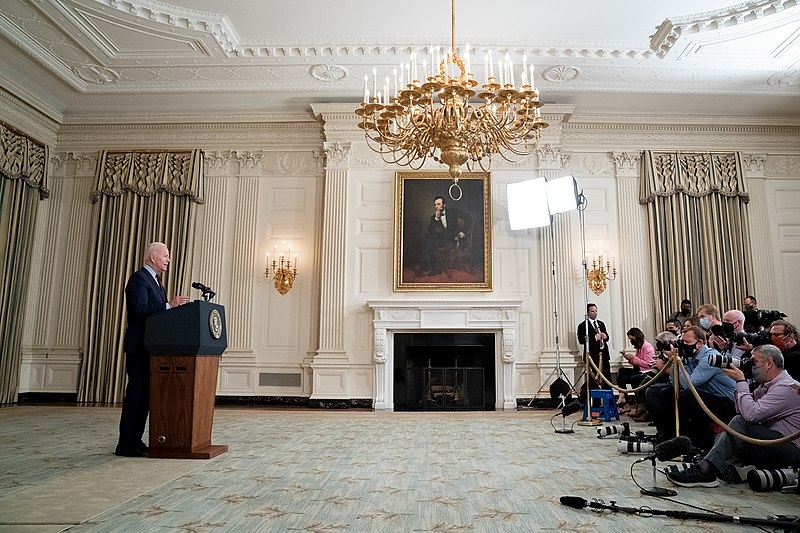 The US is bracing for a rising number of cases of the Omicron variant of the coronavirus. During a meeting with the state governors, US President Joe Biden said that the response to the surge could only be done at a state level but has pledged federal support.

This week, Biden pledged federal support to the state governors who are struggling with the rising Omicron variant cases in their respective states. However, the US leader said that keeping the pandemic would be under the control of the states. Biden said that there is no “federal solution” to curb the pandemic and that the surge is solved at a state level.

When pressed on whether he agrees with the advised recommendations for shortened quarantine periods, Biden said that he relies on his medical team. “I get a recommendation, I follow it.”

“My message to the governors is simple: If you need something, say something,” said Biden during his remarks at the meeting. “We’re going to have your back any way we can.”

Biden also reiterated the promise he made last week of distributing 500 million COVID-19 home test kits. The US leader also reiterated his promises of supporting more vaccination and testing sites as well as deploying 1,000 military medical professionals to assist hospital staff all over the country.

The Biden administration has repeatedly stressed that Americans should be extra careful, especially during the 2021 holiday season, in order to protect their families from getting infected.

In other related news, Biden has signed a $770 billion defense bill into law that overwhelmingly passed both the House and Senate for the fiscal year 2022. The latest NDAA bill is five percent more military spending compared to 2020, following a compromise met by Congressional Democrats and Republicans after getting stalled by disputes over policies related to China and Russia.

The latest NDAA includes a 2.7 percent increase in pay for troops, added aircraft, and Navy ship purchases, as well as strategies to deal with geopolitical threats such as China and Russia. $300 million would be allocated to the Ukraine Security Assistance Initiative that will support Ukraine’s armed forces. $4 billion would be invested into the European Defense Initiative and $150 million for Baltic Security Cooperation.