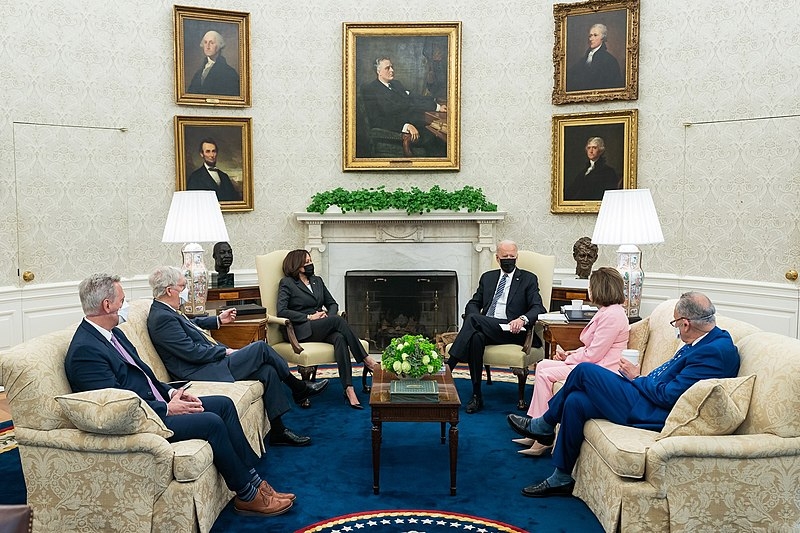 This weekend celebrates Peace Officers Memorial Day, and President Joe Biden released a statement commemorating the occasion. Biden thanked law enforcement officers who have lost their lives in the line of duty.

The White House released Biden’s statement paying tribute to Peace Officers Memorial Day. In the statement, Biden honored the law enforcement officials who have lost their lives while on the job. Biden also thanked the families of those officers for their service and sacrifice, reaffirming his administration’s commitment to give law enforcement agencies the resources they need.

“On Peace Officers Memorial Day, and every day, we honor law enforcement officers who have lost their lives in the line of duty, and thank them and their families for their extraordinary sacrifice and service,” said Biden in the statement.

“My Administration is committed to supporting our law enforcement agencies and officers, research tools, and funding they need to be safe, effective, trusted sources of protection in their communities. Today and each day, my thoughts and my sincere gratitude are with all those law enforcement officers who put their lives on the line.”

During his campaign, Biden’s refusal to support the “defund the police” slogan put him at odds with the progressive and liberal factions of the Democratic party. This was in light of the Black Lives Matter protests that occurred last year following the death of George Floyd at the hands of a police officer, Derek Chauvin, who ultimately pleaded guilty to all three charges made against him. The GOP has since used the slogan against Biden during the campaign.

Previously, a letter questioning Biden’s health and mental acuity written by former military officials was highly criticized. The letter was signed by the group called Flags4America, made up of over 100 retired Army generals and other military officers. The letter claimed that Biden was already experiencing mental decline due to his age without citing evidence or possible ailments.

The letter earned a short rebuke by former Secretary of State Hillary Clinton, who dismissed the letter as “Bizarre, shameful, and untrue” on Twitter. Back in 2016, right-wing commentators also subjected Mrs. Clinton to the same question regarding her health.