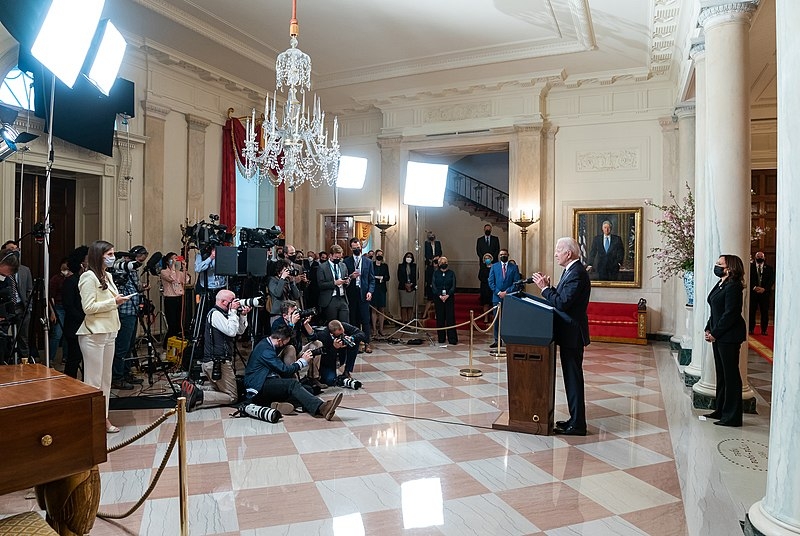 The recent shutdown of the largest fuel pipeline in the eastern US caused a stir, leading law enforcement officials to investigate. President Joe Biden said that a Russia-based organization was responsible for the ransomware attack that caused the shutdown.

Speaking to the press Monday, Biden said that a Russia-based organization was behind the ransomware attack that caused the shutdown of the Colonial Pipeline. The FBI later identified the organization as DarkSide, an operation that surfaced in 2020 that locks up corporate computer systems, forcing the companies that own those systems to pay them to unfreeze.

“So far there is no evidence...from our intelligence people that Russia is involved, although there is evidence that actors, ransomware, is in Russia,” said Biden. “They have some responsibility to deal with this.”

Deputy National Security Adviser Elizabeth Sherwood-Randall also commented, saying that Biden is being updated on the incident. Ms. Sherwood-Randall said that Colonial has informed them that no damages were done to their system, and they should be back online as soon as possible.

DarkSide previously targeted small and medium-sized companies in 2020, the companies being based in Western Europe, the US, and Canada. They reportedly ask for several hundred thousand dollars up to a few million dollars to be paid in bitcoin. The organization also downloads data from the company to further their attempt, threatening to release their data to the public if no payment is made.

In other news, US manufacturers of face masks are now asking the Biden administration for help as they face competition from China as an influx of cheaper versions are outselling them in the market. A trade group of 26 manufacturers wrote a letter to Biden requesting federal aid as more than half their production would be forced to go offline in 60 days if they do not have the immediate funds. They have pinned the blame on cheaper imports, especially those from China.