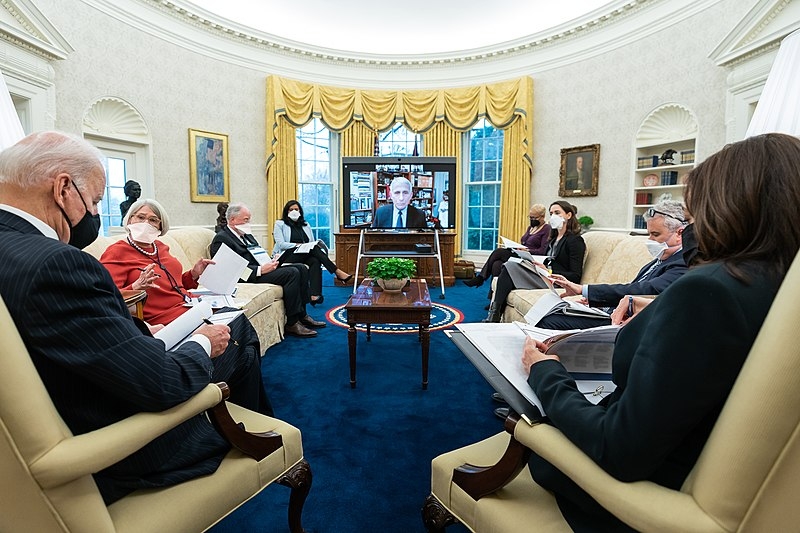 The passage of the $1.9 trillion American Rescue Plan was done on party lines, with Democrats exercising their slim majority powers without a single vote of support from Republican lawmakers. In his recent interview, Biden said he is open for the same situation to happen with parts of his infrastructure plan.

In an interview with Lawrence O’Donnell at MSNBC, Biden said that while he hopes to reach a bipartisan deal on some elements of his infrastructure plan, he is willing to pass parts of his proposal without Republican lawmaker support. Biden’s comments follow his meeting with Congressional and Senate leaders at the White House to discuss his $2.2 trillion American Jobs Plan. This would also be his first sit-down meeting with House Minority Leader Kevin McCarthy and Senate Minority Leader Mitch McConnell since taking office.

“I want to know what we can agree on, and let’s see if we can get an agreement to kick-start this, and then fight over what’s left, and see if I can get it done without Republican support if need be,” said Biden.

Republicans have criticized the broadness of the infrastructure plan, and have strongly opposed reversing the tax break in 2017 that benefited the wealthiest in the country. Republican lawmakers have also complained that Biden was not willing to work across the aisle to strike up bipartisan support. However, during the meeting on Wednesday, Biden said that the focus was on what made up infrastructure and not how the plan would be funded.

It should be noted that all 50 Democrats in the Senate will need to vote in favor of the American Jobs Plan were it to pass the Senate as well as the majority votes in the House. Biden has also met with Democratic Senators Krysten Sinema and Joe Manchin to ensure their support for the proposal.

In other news, Biden has urged Americans not to panic regarding the Colonial Pipeline’s ransomware attack that happened recently. The FBI identified a hacker group called DarkSide as responsible for the attack. Biden added that the situation will be back to normal by the weekend.

“This morning Colonial reported that fuel is beginning to flow to a majority of markets that they service, and they should be reaching full operational capacity as we speak,” said Biden from the White House.