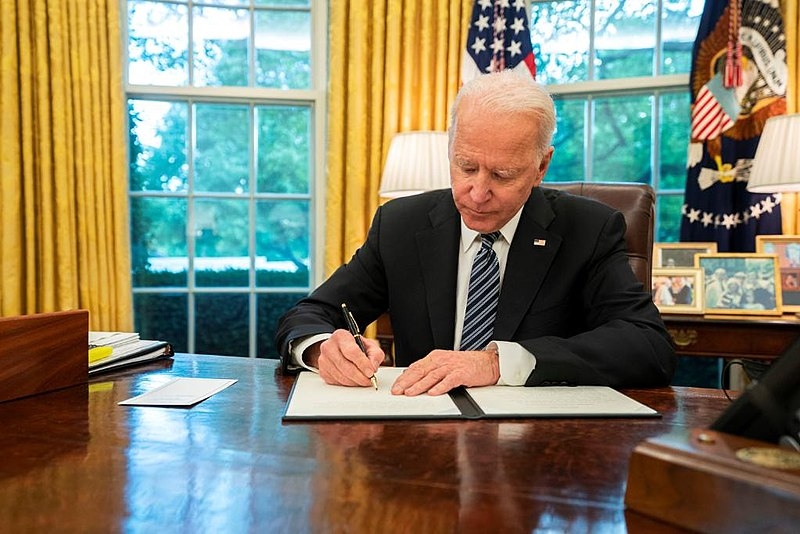 Republican-led state legislatures have introduced hundreds of restrictive voting bills, Texas being the latest one to advance after the state House passed the proposal. President Joe Biden criticized the bill over the weekend following its advancement.

Biden criticized the Texas voting bill that introduces new restrictions in a GOP-led effort to enforce strict election rules. This would affect voting access to communities of color, following Donald Trump’s election loss and the election victory of two Democratic Senators in the Georgia runoffs. With regards to the bill, Biden called the proposal “wrong and un-American.”

“Today, Texas legislators put forth a bill that joins Georgia and Florida in advancing a state law that attacks the sacred right to vote,” Biden said in a statement to the Texas Tribune. “It’s part of an assault on democracy that we’ve seen far too often this year -- and often disproportionately targeting Black and Brown Americans,”

“It’s wrong and un-American,” added Biden. “In the 21st century, we should be making it easier, not harder, for every eligible voter to vote.” Biden also called for Congress to pass the For the People Act and the John Lewis Voting Rights Advancement Act, which would combat the voting restrictions led by Republicans to enforce stricter election rules. Biden also called for the American public to put the country first over a political party to protect the right to vote.

The bills have an uphill battle despite the Democratic party holding a very slim majority in the Senate. Biden also faces pressure from members of his own party to move forward regardless of getting Washington Republicans’ support.

In other news, Biden previously announced a 90-day review by the US Intelligence Community to reach a definitive conclusion surrounding the origins of the coronavirus. Since its emergence in China in late 2019, millions of people worldwide have been infected and millions have also died from the disease. The announcement follows the Chinese government’s refusal to cooperate in an investigation by the World Health Organization.

In a statement released Wednesday, Biden asked the intelligence community to ramp up its efforts to look into the origins of the virus. This follows previous reports on the possibility that the virus came from a lab in Wuhan, where it was first reported.