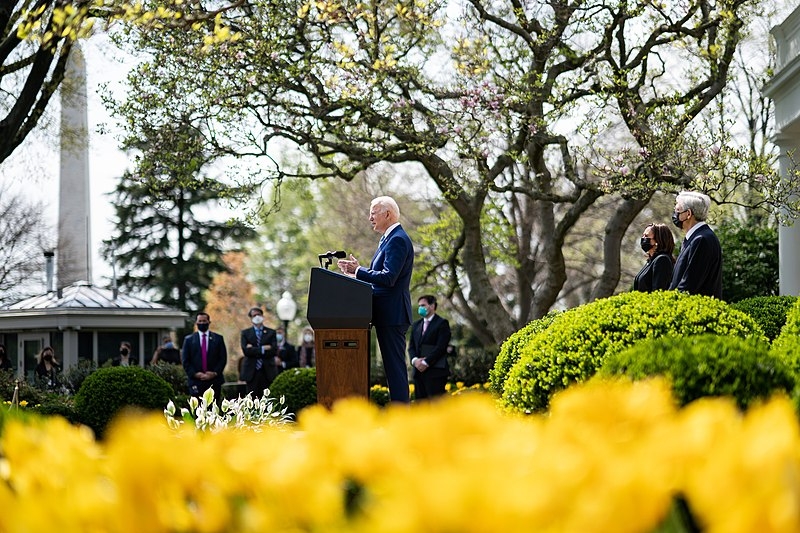 Violent crimes have been on the rise since US President Joe Biden took office in January. This week, Biden announced the administration’s strategy to combat the issue, targeting gun violence as experts have raised concerns that violent crimes may escalate in the summer.

Speaking from the White House Wednesday, Biden announced the administration’s steps to curbing a possible spike in violent crimes that could come in the summer months. Biden placed emphasis on gun violence as one of the issues that need to be tackled. Biden and Attorney General Merrick Garland also announced the Justice Department’s plans in curbing the violent crimes that are anticipated to rise in the coming months.

Biden and Garland announced stricter policies for federal gun control laws and new guidelines to help cities and states make use of their COVID-19 relief funds to combat gun violence, including the hiring of police officers. Biden and Garland had meetings with mayors of Baltimore, Miami, the police chief of Baton Rouge, Louisiana, and other stakeholders to discuss crime prevention.

Biden and Garland announced that beginning Wednesday, the DOJ would be enforcing a zero-tolerance policy for federally-licensed gun dealers who violate the gun sales laws. The Bureau of Alcohol, Tobacco, and Firearms will be seeking to revoke dealer licenses on first offenses instead of issuing warnings. There will also be five new federal strike forces led by the ATF that will monitor and intercept firearm smuggling in several significant gun trafficking corridors in major cities.

“We will make sure you can’t sell death and mayhem on our streets. It is an outrage. It has to end and we will end it,” Biden added.

In other news, Biden released another lineup of his nominees for ambassadorial positions. The most notable nomination is of Cindy McCain, the widow of the late Arizona GOP Senator John McCain, for the ambassador of the UN Agencies for Food and Agriculture. If confirmed, McCain would be brought to Italy to oversee larger efforts to form projects and policies related to the sustainability of natural resources in developing countries while raising awareness on the root causes of hunger.