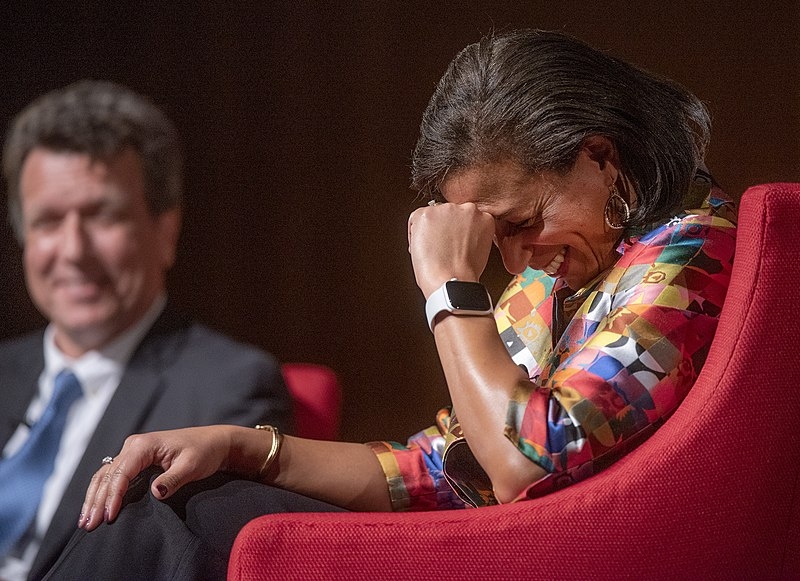 Susan Rice is among the women considered to be a possible running mate for former vice president Joe Biden. In a recent interview, Rice talked about her qualifications as a possible pick for vice president as well as her support for the presumptive Democratic nominee.

Rice appeared on NBC’s Meet the Press, and when host Andrea Mitchell asked how Americans would probably feel about possibly supporting a vice-presidential candidate that did not have any background in electoral politics or run a national campaign. Rice responded that she believes that the former vice president will make the ultimate decision on who should be his running mate, “And I will do my utmost, drawing on my experience of years in government, years of making the bureaucracy work.”

She added that she also worked on many campaigns including presidential campaigns, and even went on the campaign trail as a surrogate.

Rice served in both the Clinton and Obama administrations. She was in the State Department and National Security Council in the Clinton administration, and under the Obama administration as an ambassador to the United Nations and later as National Security Adviser. Rice has also become a strong contender for vice president more so now as the nationwide protests calling to end racism are still ongoing, and pressure is placed on the former vice president to choose a Black woman or a woman of color to be his running mate.

The former national security adviser also touched on the recent revelations about President Donald Trump and Russian bounties on American soldiers in Afghanistan. Rice criticized Trump, saying that he has chosen to side with Russian President Vladimir Putin instead of the country. Rice also noted the 2016 elections, saying that Trump called on the Russians to hack into Hillary Clinton’s emails.

“The president of the United States has demonstrated absolutely callous disregard for the safety and security of American forces in a war zone and there’s no explanation for this,” said Rice.