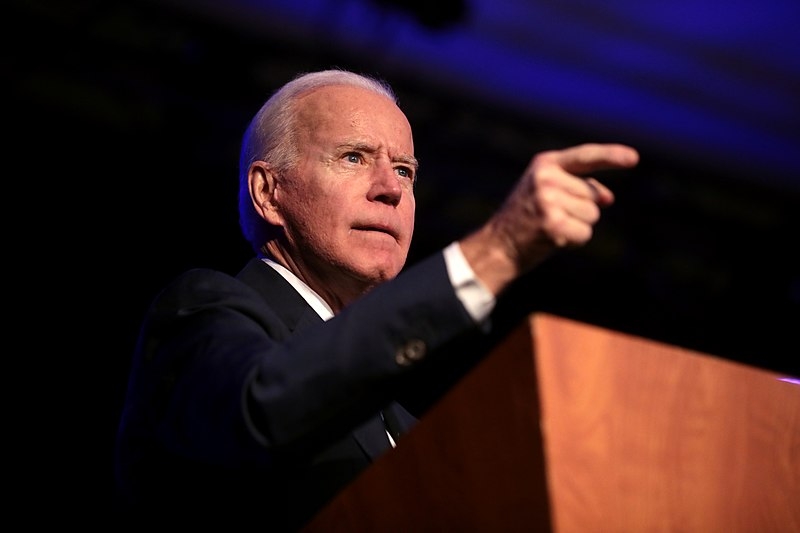 For weeks, presumptive Democratic nominee Joe Biden has been campaigning remotely and following the social distancing restrictions. After two months, the former vice president made his first public appearance by honoring fallen soldiers on Memorial Day.

NBC News reports that Biden, accompanied by his wife, former second lady Dr. Jill Biden, visited the war memorial at Delaware, where they laid a wreath to pay tribute to the fallen soldiers. The two were accompanied by some Secret Service detail as they paid their respects, both of whom were wearing face masks as per guidelines in the midst of the pandemic that continues to affect the country. They answered questions from the press that was present, with Biden saying not to forget the sacrifices the fallen soldiers made for the United States.

Their visit comes before the 30th of May, marking the fifth year since the passing of Biden’s eldest son, Beau, who died of brain cancer and was also an army veteran. The former vice president has occasionally touched on the belief that the exposure to the burn pits during his son’s time during the Iraq war back in 2009 may have played a part in his cancer.

Burn pits were created for soldiers to dispose of anything from documents to plastics and other potentially harmful items. Whether or not the exposure to the burn pits contributed to the longterm health problems veterans would face long after their deployment has yet to be determined. Nevertheless, using Beau’s experience along with the potential concerns regarding the burn pits in mind, Biden has promised to provide assistance to veterans who are affected by exposure to burn pits through plans to push for Congressional approval to expand the list of “presumed conditions” which would be favorable for veterans and entitle them to greater healthcare.

Biden has also hoped to expand the eligibility of toxic exposure claims to five years after service instead of just one year. The former vice president has also pushed to increase funding for federal research that would focus on toxic exposure caused by burn pits to up to $300 million.

Biden has noted that this push to assist veterans who may be suffering from health concerns following burn pit exposure goes beyond his son. The former vice president explained that every war veteran should not need to prove and wait for studies to prove the effects of burn pits on their health.