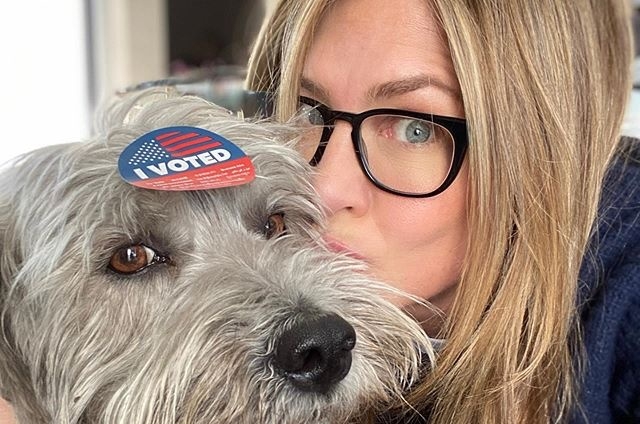 Jennifer Aniston is allegedly crushed after learning that Brad Pitt is betraying her once again. The “Friends” actress learned that her ex-husband who she recently reconciled with is spending nights at Angelina Jolie’s home.

As per the New Idea magazine’s report, the love triangle between Jennifer Aniston, Brad and Angelina is happening again and it has the same story too. The tabloid stated that the actor is cheating on Jen again by hooking up with the mother of his children who he divorced in 2016.

“Brad’s been sneaking to her place late at night on his motorbike,” the tipster alleged. It was added that based on the rumors going around, the actor is sneaking in Angelina’s mansion through one of the entrances and he makes sure to leave before the sun goes up. However, the magazine stated that people still catch them due to the roaring sound of his big bike.

“Angelina has been cooped up with their six kids and has been struggling,” the unnamed source divulged to New Idea. “She and Brad only recently got back on talking terms and she began confiding in him. Even though those two have been through a lot of bad times over the past four years, they found their chemistry was still there.”

The source added that the “Maleficent” actress is really comforted to have Brad back in her home and in her bed. Allegedly, they have been seeing each other when their children are already asleep and this happens a couple of times a week.

Jen is in pain for being cheated for the second time around?

The magazine wrote that the source shared Jennifer Aniston does not feel good about being cheated on again and it was the same man who’s doing this to her too. Brad Pitt and the “Friends” star have long been rumored to have reconciled after being separated for almost 15 years.

There were even reports that say they have secretly tied the knot for the second time. The pair are said to have chosen to live on an island to avoid privacy invasion.

The Gossip Cop is certain that this write-up coming from New Idea is false. The publication reasoned out that this could not be true because, in the first place, Jennifer Aniston and Brad Pitt never rekindled their romance. They might have reconciled but there is only friendship between them now.

Plus, it is also not true that Brad has been sneaking late at night in Angelina Jolie’s home to hook up. The report is obviously twisting the story when the actor was photographed leaving his ex-wife’s home in a motorcycle. It is true that he visited but he was there for his kids and it was in broad daylight.