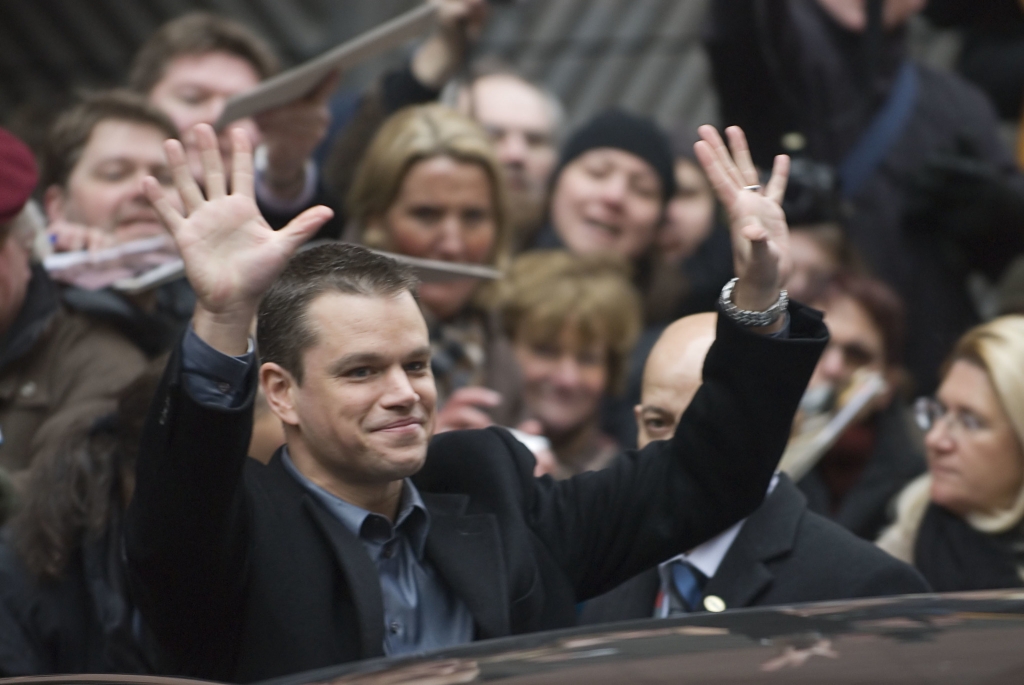 Oscar-winner Matt Damon returned to the Jimmy Kimmel Live! in the most hilarious way as he interrupts host Jimmy Kimmel who was announcing that he would be absent from the show for the whole of the summer.

Kimmel was explaining the reason why he is taking a summer vacation from his own late night show when Damon donning a white bathrobe emerged from the room behind Kimmel who took a while to notice the man he has had an "infamous feud" for 13 years now.

Damon then proceeded to ask Kimmel what he was talking about and what he was supposed to do while Kimmel was taking a summer vacation.

The interruption was then made more hilarious when Damon asked Kimmel why there was only one book on his shelf, Tori Spelling's Story Telling, and from there it went downhill as Kimmel's wife also sneaked out of the room, also donning a bathrobe.

Kimmel then asked Damon what his wife was doing in the room to which Damon answered "Why do you think she's in the room?"

Damon then closed the skit with "Whoever gives a f— where you're going?"

The interruption was sure to elicit laughter from its audience, the same as every interruption that Damon did on the Jimmy Kimmel Live!

So much for Matt Damon, Kimmel is indeed taking a summer vacation and will be leaving his show at the hands of guest hosts which, however, is not something new for the show as reported by Sreenrant.

In the past, Hollywoods actors Channing Tatum and Jennifer Lawrence have stepped in to fill in the shoes of the late-night talk show host.

Kimmel said that he will be spending more time with his family but assured that there was nothing wrong or that there was anything ongoing, according to Cinemablend.

It will be a much-needed break for Kimmel who has been hosting his show from home since March due to the coronavirus pandemic.