Nicole Kidman allegedly being wooed by Chris and Liam Hemsworth; Keith Urban making a fuss about it 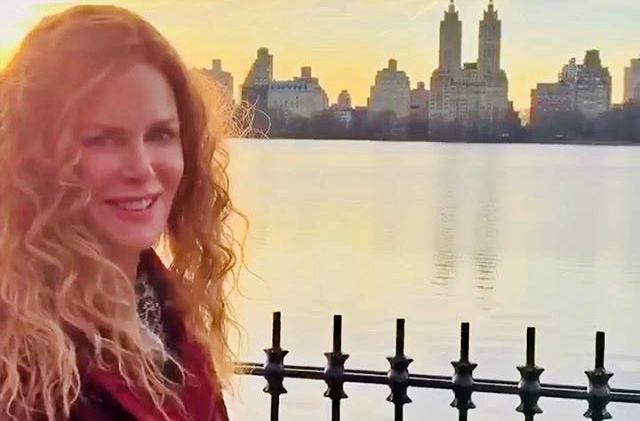 Chris and Liam Hemsworth are said to be pursuing Nicole Kidman and they have been meeting the “Moulin Rouge” actress in secret. The famous Australian brothers are said to be doing their best to win her over.

New Idea recently wrote an article titled “REVEALED: Nicole's secret meeting with the Hemsworth brothers!” and alleged that the Hemworths have “rolled out the red carpet” since Nicole Kidman is coming to Byron Bay to film her new movie called “Nine Perfect Strangers.” The magazine wrote that it has received a tip that Chris and Liam are planning to woo the actress while she is staying in their turf.

A tipster supposedly told the publication that the brothers are determined to pursue the 53-year-old Hollywood star while she is in the area. New Idea suggested that the actress has strong connections in Hollywood including the best casting agents and even production companies so the Hemsworth brothers are wooing her.

“Liam and Chris feel that starring in a film with Nicole would skyrocket their careers especially Liam’s, which has been rather slow lately into the stratosphere,” an unnamed source revealed to the magazine. “Nicole has the Midas touch and they want a part of it. Liam, in particular, plans to make her feel very welcomed.”

Nicole Kidman’s husband Keith Urban is said to be affected after learning that his wife has been receiving extra attention from Chris and Liam Hemsworth. This allegedly made the country singer go crazy and this was apparent when he landed in Australia via private plane looking scruffy.

This is because Urban knows that his wife is a “terrible flirt” and she admitted this to him. He is sort of jealous because while it can be all work for the bothers, but he is really intimidated by Liam.

Gossip Cop wrote that the story does not make sense at all which makes it obviously false. Also, the rumor is insulting to the Hemsworth brothers because they don’t need help from fellow artists to get a project as they are well-established themselves. Lastly, given that New Idea constantly publishes unconfirmed reports, it is no wonder that this narrative about Nicole Kidman, Liam and Chris Hemsworth is also a fake.