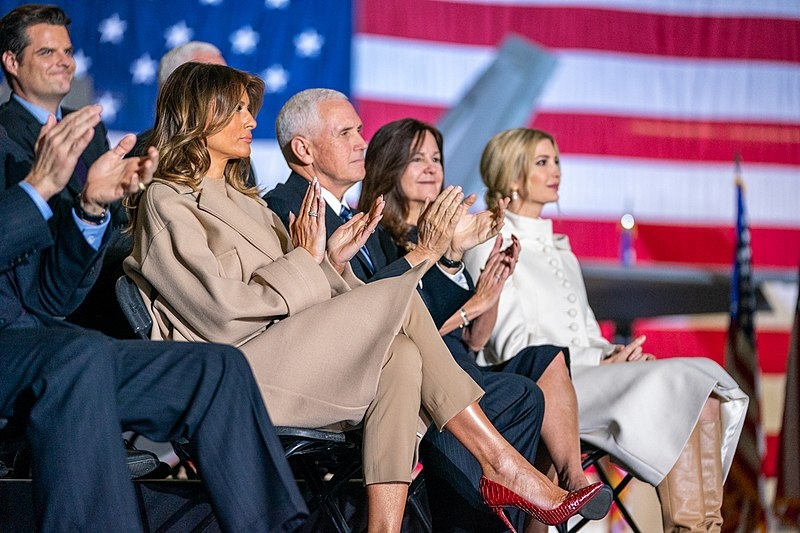 One of the revelations tho have come from the Trump administration was the presence of an ongoing feud between now-former first lady Melania Trump and her stepdaughter, former White House adviser Ivanka Trump. However, after a long while of speculation, Ivanka may be up to address the so-called rift in an upcoming book.

People familiar with the matter have shared that Ivanka has been asked to write a book about her time in the White House. Compared to her two previous books that were released, this one may address the rift that Ivanka is believed to have with her stepmother. Aside from the so-called feud, Ivanka may also be touching on her job in the White House as well as what it was like working for her father Donald Trump as well as other topics that she has been silent about.

“She has been keeping extensive notes on her time in the White House,” a source said to Page Six. “Ivanka has been known to correct friends who mistakenly thought she only worked in the East Wing. She wants to set the record straight on a long list of issues, including confronting her critics head-on.” Among the other issues that she may address include rumors of being “marginalized” by her father.

This conflicts with another source who said that the book has yet to be green-lit. They confirmed that Ivanka has been approached about writing a book, but the former White House adviser is more focused on her family at the moment.

Meanwhile, Joe Biden and first lady Dr. Jill Biden were featured on the cover of People Magazine’s latest issue. The President revealed how he plans on spending his term, while also taking a subtle jab at his predecessor and Ms. Trump. Biden revealed that he plans on running his term the same way as the Obama-Biden administration when he was still vice president. When asked what he meant by it, Biden took a little swipe at his predecessor’s tendency to hire his own family members in key White House positions. Ms. Trump was her father’s senior adviser along with her husband, Jared Kushner.

“No one in our family and extended family is going to be involved in any government undertaking or foreign policy. And nobody has an office in this place,” said Biden.