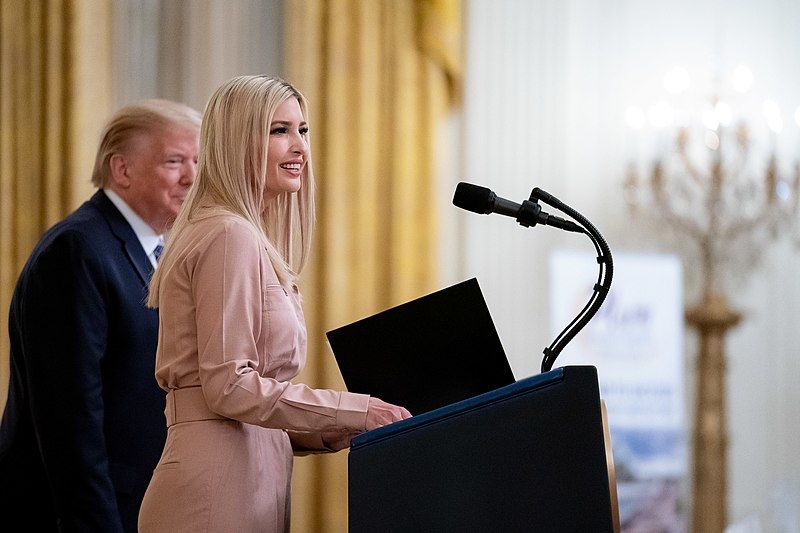 White House senior adviser Ivanka Trump recently took part in the popular Challenge Accepted trend that has gone viral on social media. However, her post was met with a lot of criticism, noting that her participation was meaningless.

The Daily Mail reports Ivanka took to Instagram to share a black and white throwback photo of herself from her Town & Country February 2016 issue, when she was pregnant with her son Theodore. Many women who took part in this challenge as of late would post black and white photos of themselves with the hashtags #WomenSupportingWomen and #ChallengeAccepted.

“#ChallengeAccepted Gratitude for the sisterhood - the women who have held me up and pushed me forward! Each day brings countless opportunities, large and small, to spread light and uplift those around us. Let’s be kind to each other. Let’s choose to love, support, and strengthen one another. We are ALL mothers -- we each bring something unique and beautiful into this world,” wrote Ivanka as her caption on the photo, asking her followers to do the same.

However, many blasted the first daughter, noting how her father Donald Trump’s administration has separated children from their mothers at the border, and for being anti-woman. Others also noted her father’s racist behavior and remarks. One commenter stated that if Ivanka really was for supporting women, then she would be furious at what her father’s administration has done or is trying to do.

Previously, Ivanka’s response to Tesla and SpaceX CEO Elon Musk’s tweet of “taking the red pill” has resulted in controversy and backlash towards the tech CEO. In a recent interview with the New York Times, Musk clarified that the tweet was merely a reference to the movie The Matrix and that Ivanka read into it with a more political lens rather than seeing it as a movie reference.

Musk explained that his tweet only meant that people should accept reality as it is instead of how people wish it were.

In the movie, Keanu Reeves’ character Neo takes the red pill, which would allow him to see the actual nature of the world. Online, the phrase has taken on a new meaning, used by many right-wing supporters as a term to label someone who has shifted into a Conservative political stance. Ivanka quote-retweeted Musk’s tweet, replying with “Taken!”

The Matrix co-creator Lilly Wachowski then responded to Ivanka’s tweet with “F--k both of you.”