Ivanka Trump, Donald Trump Jr. may not be able to succeed in politics after Capitol insurrection, says cousin Mary Trump 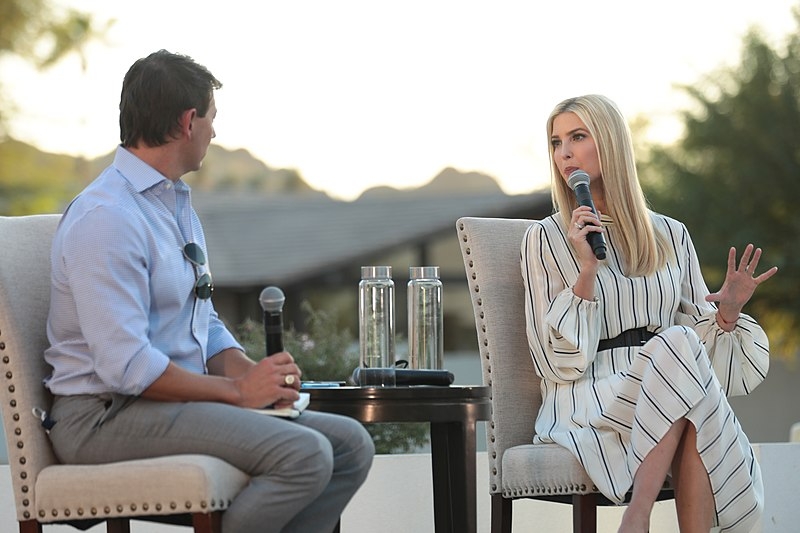 During and even after having left the White House, it appears clear that former White House adviser Ivanka Trump has ambitions to pursue a career in politics. However, according to her cousin Mary Trump, that may not do so well, especially after the Capitol riots.

Mary Trump, former President Donald Trump’s niece, spoke with Dean Obeidallah on his radio show and bluntly shared that any chances of her cousins pursuing politics would fail, especially after the insurrection at the Capitol last January 6. Ivanka, as well as her brother Don Jr., have been touted as possible GOP favorites as their father still holds sway over the political party. Ivanka has already been speculated to challenge Florida Senator Marco Rubio’s seat in the 2022 elections.

“I think it’s completely over and they have their father to thank for that,” said Ms. Trump, who is the daughter of the former president’s late brother Fred Trump Jr. “The insurrection was a bridge too far.”

Mary, one of Trump’s most vocal critics, released a scathing tell-all memoir about the former president last year. Ms. Trump went on to note that Don Jr. is also very much implicated in the incitement of the riots as was his father. “If there’s any justice, he will be indicted at some point,” said Ms. Trump.

Ivanka and her husband Jared Kushner have relocated from Washington onto Florida, where their father’s base remains solid. The state’s electoral votes went to Trump back in 2016 and remained with the Republicans in 2020. The former president is also residing in his Mar-a-Lago resort full time with now-former first lady Melania Trump and their son Barron Trump.

Previously, an analysis of Ivanka and Jared’s financial disclosures throughout the Trump administration revealed that the couple made up to $640 million in outside income. This is despite the previous reports that revealed a sharp drop in their income in the last days of the administration. The analysis was published by the government watchdog Citizens for Responsible Ethics in Washington or CREW. Even as the couple has pledged not to receive any government salary as White House advisers, they made a substantial amount of money from their financial stakes and investments in their respective businesses.