Is the Nuclear Nonproliferation Treaty on its last legs? 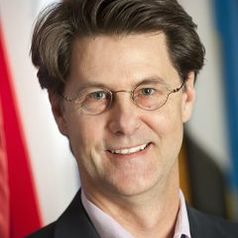 Iran recently exceeded the limits on uranium enrichment set out in its nuclear deal with the U.S. and five other countries. Iran’s move was in response to the U.S.‘s renunciation of the same deal last May.

Possession of the uranium doesn’t put Iran much closer to developing a nuclear weapon, but it does raise troubling questions about the future of nuclear non-proliferation.

Iran’s leadership has also twice threatened to withdraw from a separate pact that limits the spread of nuclear weapons, the Nuclear Non-Proliferation Treaty. If Iran does withdraw from the NPT, it will be just the second country to do so, after North Korea in 2003, whose withdrawal has never been formally accepted.

But what is the Nuclear Non-Proliferation Treaty? And how serious is Iran’s threat of withdrawal?

In 1961, 16 years after U.S. dropped two atomic bombs on Japan, a UN resolution called for a treaty to stop the spread of nuclear weapons. The fear was that without such a treaty, as many as 25 countries could acquire nuclear weapons.

The UN resolution prompted the U.S. and the Soviet Union to prepare drafts that became the basis for negotiations.

The treaty was opened for signing in 1968 and came into force in 1970 when 46 states had ratified it, including the U.S., UK and USSR. Today, the NPT has 190 parties - more than any other arms limitation treaty.

The treaty prohibits states that don’t have nuclear weapons from acquiring them. It also prohibits the five nuclear state parties from helping others to acquire them, while pledging to work towards nuclear disarmament themselves. Compliance with the Treaty is verified by the International Atomic Energy Agency and enforced by the UN Security Council.

Four additional nuclear states are not parties to the treaty: India, Pakistan, Israel and — most recently — North Korea.

With the 50th anniversary of the treaty around the corner, the Iran and North Korea crises are once again raising the specter of rapid proliferation - casting into doubt the value of the NPT. As a law professor who studies multilateral approaches to peace and security, I can identify some worrying signs.

For example, last year Saudi Crown Prince Mohamed Bin Salman said “if Iran develops a nuclear bomb, we will follow suit.” He said this even though Saudi Arabia signed the NPT in 1988.

If Saudi Arabia joins Iran and Israel as a member of the nuclear club in the Middle East, how will Egypt, Turkey, and others in the region respond?

If talks with North Korea on denuclearizing the Korean peninsula go nowhere and it is allowed to keep its current stockpile of 10-20 weapons for the indefinite future, how will Japan and South Korea react?

What’s worse: The NPT isn’t the only nuclear treaty on shaky ground.

President Trump announced in February 2019 that the U.S. would withdraw from the Intermediate Nuclear Forces treaty unless Russia eliminates one category of nuclear missiles that the U.S. claims exceed the treaty limit.

And the 2010 Strategic Arms Reduction Treaty is due to expire in 2020. National Security Adviser John Bolton has called its extension “unlikely.”

The end of these two important treaties could undermine the NPT by reinforcing a perception among non-nuclear parties that the nuclear states are not fulfilling their obligation “to pursue negotiations in good faith … on nuclear disarmament.”

While worry about future proliferation is certainly warranted, I’d still argue that the NPT is alive and well.

Arguments to the contrary are based on two misconceptions.

The first is that the viability of the Treaty depends primarily on fulfillment of the “grand bargain” embodied in it: that non-nuclear states agree not to acquire nuclear weapons in exchange for the nuclear states agreeing to eventually disarm and to assist other parties to develop peaceful nuclear energy. But the policies of nuclear states are not what motivates the nuclear decisions of other NPT parties. Most are motivated by regional security threats or by a conventional weapons attack by a perceived enemy.

For **North Korea,** going nuclear may look like the answer to perceived threats from the U.S. and South Korea **.ec: Ian, yes? I REMOVED CHINA FROM THE LIST-IT IS AN ALLY OF NORTH KOREA, NOT A THREAT** For many, however, strengthening the global norm against proliferation through nuclear abstinence is a more promising approach.

The second misconception is that the treaty is suffering from [a “crisis of non-compliance](https://2001-2009.state.gov/t/us/rm/31848.htm](https://2001-2009.state.gov/t/us/rm/31848.htm).” The argument here is that the treaty didn’t stop Iraq, Libya or North Korea from starting programs or prevent Iran from building substantial nuclear capacity, so it must be useless.

Yet perfect compliance is too demanding a measure of success of any law. Our society still values laws against thievery and tax evasion even though people break them every day.

Moreover, the NPT’s record of compliance even in Iraq, Libya and North Korea is far from an unmitigated failure. The UN Security Council imposed a comprehensive disarmament regime on Iraq. Libya voluntarily gave up its program. North Korea’s withdrawal from the NPT led to sanctions. Iran has never come within a year of being able to build a bomb. new links in this paragraph work for you, Ian? YES - THESE ARE GOOD. THANK YOU

How much of this is due to the NPT is open to debate, but pointing to a few cases of non-compliance does not prove its irrelevance.

As I argue in my book about the power of deliberation, a better way of gauging the value of the NPT is to ask whether it tips the scales against proliferation. Parties to the treaty will pay a price if caught cheating. They may decide the price is worth paying, but it is not cost-free. Compliance becomes the default position.

The NPT may have been bent by recent hits, but it is not broken.