Instagram influencers: no, having 30,000 followers does not make you a celebrity 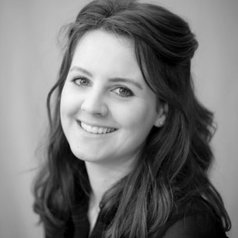 Claims that anyone with more than 30,000 social media followers is officially a celebrity have been circulating, following a recent ruling by the UK’s Advertising Standards Authority, in which it decided that an ad for sleeping pills posted by Instagram influencer Sarah Willox Knott (a.k.a ThisMamaLife) counted as a “celebrity endorsement” of a medicine, in breach of UK rules on advertising. But such claims are not entirely accurate, and in fact could leave some Instagram users in the dark about what they can and cannot do.

This is a growing problem. In May 2019, the ASA reported that it now receives three times as many complaints about online ads as it does about those on TV. More than 16 instances have already been found to be in breach of the CAP code (the UK’s rule book for non-broadcast adverts, sales, promotions and direct marketing communications). For example, in 2018, Made in Chelsea star Louise Thompson and watchmaker Daniel Wellington were found to be in breach of a rule requiring ads to be obvious, after Thompson failed to use #ad in a sponsored Instagram post.

To help clear things up, here’s a breakdown of what really happened with the recent ruling – and what it means for social media influencers.

In February 2019, social media influencer and parenting blogger Sarah Willox Knott posted a picture of herself in pyjamas on her Instagram account This Mama Life, with a packet of Phenergan Night Time tablets in the background. The caption clearly labelled the post as an ad, and documented Knott’s difficulties falling asleep, before saying:

Last time this happened I tried out Phenergan Night Time, which really helped. It is a pharmacy only, short term solution to insomnia for adults which works by inducing a sleepy effect thanks to its active ingredient, promethazine hydrochloride, helping you to sleep through the night. Do you guys fall asleep easily or are you night time over thinkers like me? #AD #sleep

The complaint and response

The ASA received a complaint that the manufacturer of the sleeping pills, Sanofi, had used a celebrity to endorse a medicine. This is against rule 12.18 of the CAP code, which states that marketers are not allowed to use health professionals or celebrities to endorse medicines, since this could influence a person’s choice of medical treatment or encourage consumption of a product as a result of their celebrity status. Similar rules apply in other countries, like the US.

Sanofi argued the Instagram account had a small following which was unlikely to influence a medicinal decision taken by a consumer – though this seems an unconvincing approach, since it implies that Sanofi knowingly partnered with an influencer who has no influence. Anyway, Sanofi said the blogger did not constitute a celebrity as she only had 32,000 followers at the time.

To support its argument, the company compared Knott’s following to that of people widely considered to be celebrities, such as Stephen Fry (359,000 followers) and David Beckham (55m followers). Sanofi also maintained that it had checked with the Proprietary Association of Great Britain – the consumer healthcare UK trade association – before going ahead with the partnership.

To decide, the ASA assessed whether the blogger was a celebrity for the purposes of the CAP Code and whether she had endorsed a medicine.

It was clear that Phenergan Night Time tablets is an over the counter medicine, and consumers would understand the ad to mean that ThisMamaLife had used and recommended the product, so she had endorsed the medicine. The ASA also noted that, in addition to her 30,000 followers, ThisMamaLife had more than 1,000 posts on Instagram, including a number of recommendations of different products, and that she was popular with and had the attention of a significant number of people.

As such, the ASA decided that ThisMamaLife did count as a celebrity for the purposes of rule 12.18 of the CAP code. The ASA told Sanofi not to use celebrities, including social media influencers, to endorse medicines in future and ThisMamaLife removed the advert. The ASA ruling is not legally binding as such, but the majority of advertisers voluntarily agree to comply, and the same rule does exist under UK law.

What it really means for influencers

The ASA did not dream up a magic number of followers that somehow defines a celebrity – it simply determined that in this case, around 30,000 followers was enough to constitute a celebrity endorsement of the product. The outcome probably would have been the same if ThisMamaLife had fewer followers, since she clearly had enough to attract the contract with Sanofi in the first place.

Claims that having more than 30,000 followers means that influencers have to comply with the CAP code are also misleading, because influencers already have to comply. In general, influencers and brands are considered jointly responsible for ensuring that advertorial content is compliant with the ASA CAP Code.

The ASA provides specific guidance for influencers, which says that the code applies to branded content posted social media when the person is paid in some way, regardless of how many followers the person may have. Any would-be influencers should always take care to check the rules when partnering up with brands – and this latest ruling doesn’t change that.