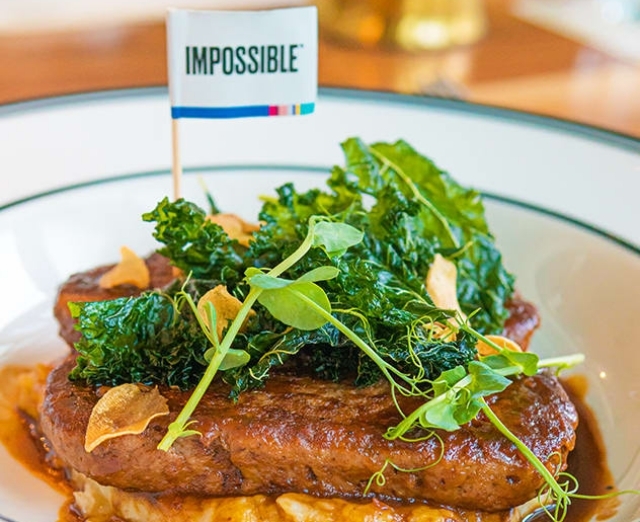 Impossible Foods has already reached Asia and is well-known in the United States. Now, it is expanding further and has landed in the United Arab Emirates.

With its arrival in the UAE, the region has become Impossible Foods’ first market in the Middle East. The plant-based products of the American company made its way to this country through its official launch at the Dubai World Expo.

Impossible Foods’ flagship vegan product which is the Impossible Burger, will be released first in select popular restaurants across Dubai, United Arab Emirates. Some of the listed locations are the Akira Back, The MAINE Oyster Bar & Grill, Counter Culture Cafe, Maiz Tacos, The Croft, Sausage Fabrique, Pitfire Pizza, Pickl, and Sticky Rice.

Aside from the burger patties, the restaurants will also offer various types of Impossible Foods’ plant-based meats such as sausage and Impossible Chorizo. The available item will depend on the kind of restaurant one is dining in.

“These days, people want to reduce their meat intake for many reasons, whether it be environmental, health, or ethical reasons,” Pickl, founder and chief executive officer Stephen Flawith, said in a press release with regards to Impossible Foods’ entrance in the Middle East. “We’re pumped to round off our Pickl Plant-Based menu with the introduction of Impossible Burger. This product, alongside Pickl’s homemade sauces and pickles, is something that everyone needs to experience. It is truly a game-changer.”

In any case, the VegWorld Mag mentioned that starting Oct. 1, Impossible Burger will be part of the upcoming World Expo, and it will be one of the featured products. It will be included on select menus in the U.S. Pavilion.

It was said that this event is expected to attract and draw in over 25 million visitors coming from about 200 countries around the world. The expo will run until March 31, 2022.

Meanwhile, the Dubai World Expo offers great advantages to companies because its unique geographical location makes it easy for people to travel to. Thus, this is the ideal stage to showcase products such as the Impossible Foods products.