If Scotland blocks England from Brexit, what happens next? 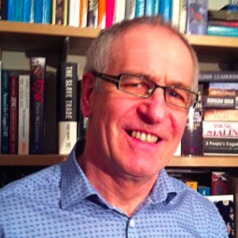 Scottish voters don’t regard the EU referendum with the same importance as the independence vote of 2014. No one is suggesting Scottish turnout will be anywhere near the 85% of that poll – more likely 20 points below. Yet the EU referendum could have fascinating implications for Scotland.

Nicola Sturgeon, the Scottish first minister, and her senior SNP colleagues have long said Scotland being forced from the EU against its will would be the kind of “material change” that would justify a second independence referendum. But would they want to? The first minister has also openly stated the Scottish government would only call for a referendum if public opinion indicates a significant uplift from the 45% Yes vote of 2014 – probably towards about 60%.

A large number of middle-class Scots voted No because of the economic uncertainty of independence. In the event of a Brexit vote, the same rationale may make them lean the other way if they thought an independent Scotland could remain in the EU. Current EU referendum polling certainly indicates the better off in Scotland are more likely to vote Remain. On the other hand, the fact that Scottish voters see the EU referendum as less important than the independence referendum suggests the EU result may not alter their opinion about Scottish independence.

Either way, the Scottish government is likely to be cautious. Since economic certainty is important for these swing voters, it may be a case of seeing what happens. The UK’s exit negotiations with the EU may not run smoothly – the EU may wish to signal to the likes of the eurosceptic French that the exit path carries costs. That could boost support for independence among these middle class Scots, though how voters react to uncertainty is itself uncertain.

If so, we would then probably see debates about an independent Scotland’s relationship to the remainder of the UK’s “single market” and its currency – indeed, Sturgeon has already indicated there would be discussions about Scotland joining the eurozone in the event of a Brexit. Many would want to know how welcoming the EU would be to an independent Scotland and whether fast-track entry would be possible.

Even if the SNP did feel there was the momentum for another “indyref”, bear in mind the power to hold a legally secure referendum is reserved to Westminster. In this UK Leave/Scotland Remain scenario, would it authorise another vote? My guess is it would depend on the strength of feeling. David Cameron may well resist one, but a post-Brexit leader might take a different view, perhaps in a bid to shelve independence for a generation. But they might play hardball with timing, the nature of the question and so forth.

On one level there ought to be no problem with our second scenario. Leading Brexiters presented themselves as strongly British unionists during both referendum campaigns, so they shouldn’t complain if the UK has voted as the UK. Yet it is still easy to imagine the idea of Scotland obstructing the will of England becoming a major political flashpoint.

How it played out would depend on whether David Cameron was prime minister. If he remained there would be little immediate change, yet it would be an era of even more political positioning and posturing than now. Cameron would probably face rebellions on European issues from pro-Brexit Tories similar to John Major’s premiership post-Maastricht. He would be relying on opposition support for such votes, not least perhaps from the SNP voting bloc.

This could exacerbate the sense of injustice among English nationalists already decrying the EU referendum as a European version of the West Lothian question (the problem of Scottish MPs potentially holding the casting vote at Westminster on purely English issues).

The situation could become more dangerous when the prime minister steps down. The new leader in a party whose root and branch is predominantly pro-Brexit would likely tack towards English nationalism – as Cameron himself attempted immediately after the Scottish independence referendum (his plan for English votes for English laws has led to some procedural changes in the Commons).

The substance of this nationalism would matter. Would it broadly focus on tolerance, democracy and respect for diversity? Or would it be more exclusionary and self-assertive, responding to what it saw as the threats to English society? If it were more the latter that might be distinctly unwelcome in Scotland, and might have implications for independence support.

On the other hand, it is not impossible to imagine an English nationalist UK government paying less attention to the devolved nations – particularly Scotland, where there are so few Tory MPs and the financial settlement with Westminster has already been agreed until 2020. The Brexiters have barely addressed the Scottish question during the referendum, so we’re really in unknown territory.

Whatever the case, it would be unwise to assume that two referendum victories for Cameron would mean politics would return to the pre-2014 days. You only need look at the Scottish referendum to see that politics rarely plays out this way. Even if the vote is Remain both north and south of the Scotland-England border, there will be a Tory leadership election relatively soon and the party will have substantial divisions to heal following all the “blue on blue” hostility of the EU referendum.

A Brexit leader such as Boris Johnson as prime minister while the Scottish nationalists continue to look for another independence opportunity, would certainly mean interesting times. The outcome of the vote on June 23 could well be an important staging post to whatever happens between England and Scotland next.

Duncan McTavish does not work for, consult, own shares in or receive funding from any company or organisation that would benefit from this article, and has disclosed no relevant affiliations beyond the academic appointment above.