How the Armenian diaspora forged coalitions to push for genocide recognition 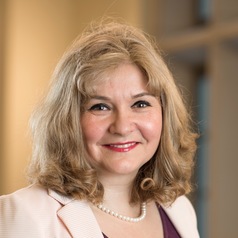 When Turkey’s president Recep Tayyip Erdoğan visited the White House on November 13, he said a landmark resolution passed by the House of Representatives in October recognising the Armenian genocide had “hurt deeply the Turkish nation”, and had the “potential to cast a deep shadow over our bilateral relations”.

In 1915, the collapsing Ottoman Empire massacred an estimated 800,000 to 1.5m Armenians, but Turkey denies this was a genocide.

A subsequent resolution introduced in the US Senate also aimed at genocide recognition was blocked by the Republican senator Lindsay Graham after a meeting with Trump and Erdoğan. But the landmark House of Representatives resolution is nevertheless a significant step in an effort to recognise the massacres as a genocide for which the Armenian diaspora have fought for more than a century.

Although there have been previous mentions of the 1915 atrocities as a “genocide” by US legislators, and most US state legislatures have passed their own recognition, the House resolution formally acknowledges the Armenian genocide.

It states that “it is the policy of the US” to commemorate the Armenian genocide through “official recognition and remembrance”, and to refuse association with genocide denial. It also asks the government to “encourage education and public understanding” of its facts, including to treat Armenian genocide in the context of “modern-day crimes against humanity” in order to prevent them.

These have been longstanding goals of the Armenian diaspora, which continues to seek official acknowledgement of the genocide in the US and across the globe. So far, 32 countries have recognised the Armenian genocide, in addition to the European parliament, the Council of Europe, the Catholic church and the International Association of Genocide Scholars, among others.

The diaspora has taken a lead role in pushing for the recognition of the 1915 genocide, particularly as Armenia itself has historically taken a back seat in this quest. It was a Soviet republic until it declared independence in 1991, and during the Soviet era the goal of genocide recognition was associated with diaspora parties based in the West and the Middle East that were banned from operating within Soviet territory.

The first Armenian post-communist government clashed with the diaspora over diverging foreign policy priorities. It sought to restore some neighbourly relations with Turkey, while the diaspora insisted on the pursuit of genocide recognition. Diaspora circles and local opposition eventually prevailed, and soon after a 1998 change in government, Armenia infused genocide recognition in its foreign policy.

Armenian diaspora in US

Revered or attacked for its central mission of genocide recognition, the Armenian National Assembly of America (ANCA) has been a major lobby in the US since 1972. It maintains strong relationships with legislators in the two houses of Congress, and the Armenian caucus, a group of legislators pursuing common objectives on Armenia-related issues.

ANCA has a strong organisational structure of grassroots chapters across the US, launches regular campaigns among citizens, and holds annual gala dinners. As my ongoing research shows, diaspora activists in Europe see ANCA as an important institution not simply for the US, but more widely, as it serves as a paragon to others with its lobbying practices.

Several high profile congresspeople, instrumental in the recent vote in the House, have been connected to ANCA, while driven to act on behalf of their Armenian-American constituencies. They have emerged from the Democratic Party and primarily from California, where over 150,000 Americans of Armenian descent live in Los Angeles and tens of thousands of others in Glendale and Fresno. The sponsor of the recent bill was Adam Schiff, the representative of a congressional district in California with the largest Armenian-American constituency in the country.

The politics of pushing for recognition of the Armenia genocide also relates to strategic friends and foes among other diaspora communities. Some Jewish diaspora organisations recognise the genocide, even if Israel still refrains from doing so. The American Jewish Committee (AJC) supported the House resolution prior to the vote in October. During the events marking the 100th anniversary of the genocide in 2015, AJC joined the commemoration to “pause in mournful tribute”. The Jewish Council for Public Affairs recognised the Armenian genocide in 2015, while the Holocaust Museum in New York hosted an exhibition for that centennial.

My research in Europe, recently published in the Ethnic and Racial Studies journal, shows that the Armenian diaspora has also built coalitions with other groups to pressure Turkey against genocide denial.

Most notable are alliances with Assyrians and Pontus Greeks, smaller Christian communities. They are much less organised than the Armenians, but were also dispersed by Ottoman violence during the same period. Such coalitions have changed the nature of the campaign for recognition: not simply recognition of the Armenian genocide, but to counter wider atrocities. More recent recognitions in Sweden, the Netherlands and Germany also acknowledged these smaller groups.

Armenians have also formed on and off coalitions with Kurds, especially in Europe where Kurds are numerous and well mobilised. These coalitions have been more instrumental, pressuring Turkey to stop genocide denial and other human rights violations – something required of Turkey if it wants to join the European Union. Combining energy for a common cause has not been easy here, as Armenians still remember that Kurds participated in the 1915 genocide, though many Kurdish organisations have acknowledged their participation in it and have already apologised.

In Armenia, some analysts and members of the opposition see the diaspora as standing in the way of efforts to improve bilateral relations between Armenia and Turkey. This is because diaspora groups demand that Turkey recognises the Armenian genocide as a precondition for meaningful negotiations between them.

Campaigning for genocide recognition has been a matter of survival for diaspora Armenians, creating common identities among them for generations in the absence of the Armenian state. Genocide recognition is also a source of hope for obtaining future reparations from Turkey. The Armenian diaspora has stood up for a principled issue and brought attention to mass atrocities that must never be repeated.