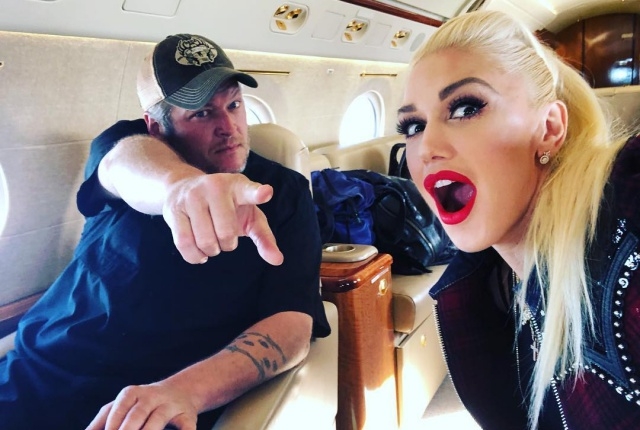 Gwen Stefani and Blake Shelton reportedly tied the know and they did it in secret. The couple was said to have exchanged “I Dos” in the latter’s ranch in Oklahoma and there were at least 200 guests who witnessed their union.

One source claimed that Gwen Stefani and Blake Shelton’s wedding ceremony was enlivened by three live bands and the “Hollaback Girl” singer was assisted by six beautiful bridesmaids. Moreover, the feast was said to consist of various types of barbeques and there were four wedding cakes too, Life & Style reported.

What’s more, during the feast, it was said that Gwen Stefani and Blake Shelton made a surprising announcement that they are pregnant with a baby girl. The couple even asked “The Voice” co-panelists Kelly Clarkson and Adam Levins to be the child’s godparents and they agreed according to the report.

“She broke the baby news during her vows and everyone erupted in screams of joy, the source said.”

Gossip Cop is convinced this writeup is false. The publication stated that there are just two possibilities coming out from this report and it is either Gwen Stefani and Blake Shelton have gotten married or this is a fabricated story. GC definitely believes that the latter is true.

This is because this is not the first time that Life & Style reported that Gwen Stefani and Blake Shelton have tied the knot. This is actually the nth time already and until now, the magazine could not show any real proof that there was indeed a wedding and a baby announcement - not even a single photo with 200 guests present? Besides, Gwen cannot get married yet as her marriage to Gavin Rossdale is not yet annulled.

Plus, the pregnancy rumors are obviously made up for Gwen Stefani and Blake Shelton said numerous times that they are not planning to have a kid. They said that they are content with just three of Gwen’s sons - they are happy as a family and this is very evident on social media where the pair occasionally post pictures of their family outings.