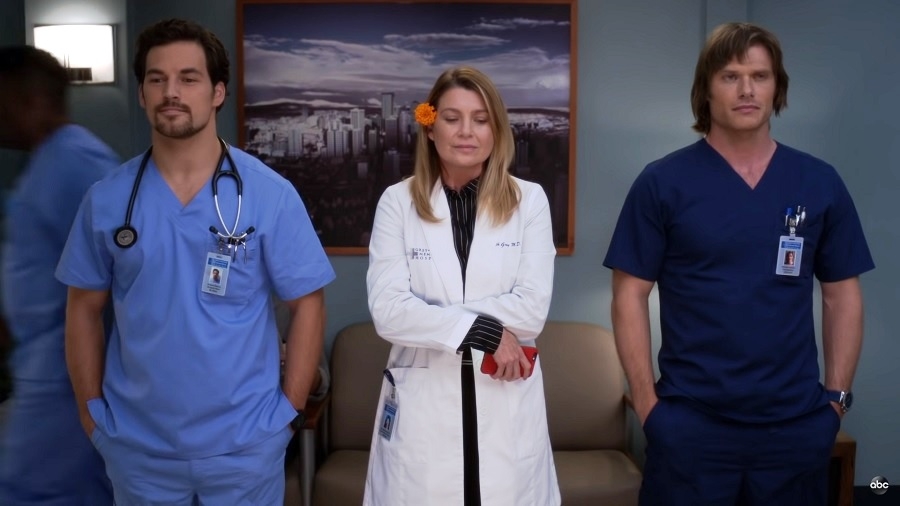 Fans can expect love-related chaos once “Grey’s Anatomy” season 15 returns from its fall finale. The series currently has at least a couple of love triangles to iron out in the remaining episodes.

“Grey’s Anatomy” season 15 fall finale showed elevator rides in workplaces can be way more awkward due to a power outage. In one of the elevators, Owen (Kevin McKidd) is stuck with Teddy (Kim Raver) and Amelia (Caterina Scorsone) right after he learned Teddy is pregnant with his baby. Making matters worse, Amelia has no clue yet and now they are all stuck together.

Teddy has been trying to avoid letting Owen know about their baby since “Grey’s Anatomy” season 15 started. Owen, on the other hand, appears to have been in a better place with Amelia now. Of course, Owen wants to be part of the baby's life but what that will mean for Teddy and Amelia is still uncertain.

Meanwhile, DeLuca (Giacomo Gianniotti) and Meredith (Ellen Pompeo) are also in another elevator when the power went out. DeLuca feared that Meredith develops a relationship with Link (Chris Carmack) so he confessed about liking her in the fall finale episode. But Meredith was simply not ready to reciprocate that feeling. With the two stuck together in a confined space is likely leading to another interesting encounter when “Grey’s Anatomy” season 15 returns next year.

DeLuca has had a bad start in building his case as Meredith’s next love interest when he attempted to land an unwarranted kiss in the season 14 finale. But Gianniotti believes his character can still be the right fit for Meredith in “Grey’s Anatomy” season 15.

Gianniotti told Entertainment Weekly that the physical attraction between DeLuca and Meredith is not enough to make the latter swoon. "We need to have Meredith not just see him being heroic but being kind and sweet and empathetic. ... So we’ve been trying to build those moments," the actor explained. "In [episode 7], he had the sweet relationship with the little girl. That was attractive to Meredith. In [episode 8], we saw a declaration for sure. ... It sets us up in a nice place so, when we come back in mid-January, fans will be very hungry about wanting to see where it goes.”