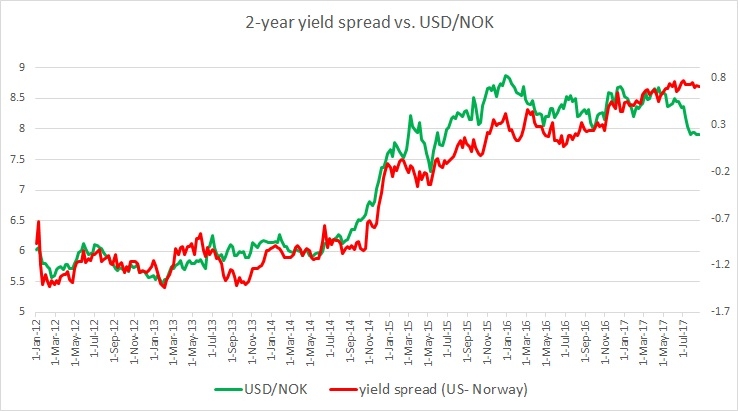 The chart above shows, how the relationship between USD/NOK and 2-year yield spread has unfolded since 2012.