From the Iliad to Circe: culture's enduring fascination with the myths of Troy 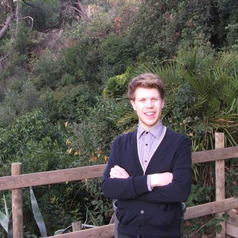 The story of the epic war fought over a woman has been told many times. It now lies at the heart of an exhibition at the British Museum opening on November 21. Troy: Myth and Reality introduces audiences to the history of the archaeological site of Troy (modern-day Hisarlik, Turkey), many of the different individuals caught up in the Trojan War, and various later responses to this powerful legend in drama and literature.

That the story of the Trojan War should be the subject of a Blockbuster exhibit comes as little surprise. Ever since classical antiquity, audiences have been consistently telling and retelling stories about the site of Troy and the heroic war that was fought there between the Trojans and the Achaeans (later conflated with the Greeks). The most famous telling of all perhaps is the Iliad from the eighth century BCE, composed by Homer, a figure shrouded in mystery.

The Homeric poem captures the story of a dreadful, ten-year war fought between two nations. It shows the major influence of powerful men on the battlefield, such as the Trojan prince Hector and the commander of the Myrmidons, Achilles. For these individuals, deeds performed in war will secure them “everlasting fame” (κλέος ἄφθιτον in ancient Greek).

But the poem also illustrates the horrendous impact of the war far away from the battlefield. In one memorable passage, Briseis, the captive prisoner of Achilles, laments the slaughter of her husband and children. It is a heartbreaking account that shows acutely the universal misery brought on by the bloodshed of war.

Ever since Homer, people have looked to expand on and retell different aspects of the Trojan War in light of their own circumstances.

The fifth century BCE Athenian playwright Euripides produced several plays that depicted the aftermath of the conflict. In his Trojan Women, Euripides centres the widows of Troy and the hardships they endure at the hands of their Greek oppressors, who divide the women like booty between themselves. It is an uncompromising account that many have read as a biting commentary on the civil war fought between Athens and Sparta at the end of the fifth century BCE. The play does not glorify war and instead highlights its horrors through Troy’s displaced women.

Of course, the creation of refugees through warfare and the transportation of human bodies across geographic boundaries is a profound concern for audiences today. The ongoing Syrian civil war has created around 6.7m refugees, who have been dispersed across the globe. And the recent shocking discovery of 39 Vietnamese nationals’ bodies in a lorry in Grays, Essex on 23 October, 2019 is a ghastly reminder of the terrible conditions that many refugees have faced past and present.

In contemporary culture too, there has been a spate of interest in the stories and myths of Troy. The exhibition shows clearly the impact it has had on the visual arts. Highlights include a 1978 collage by the African-American artist Romare Bearden, titled The Sirens’ Song, which recasts Odysseus’ journey home after the war with African-American subjects. Bearden’s work employs the familiar story of Troy to give the African-American experience a universal and classical representation.

Another notable work is a print called Judgement of Paris (2007), pictured above, by the conceptual artist Eleanor Antin. The photo, which riffs on Peter Paul Ruben’s Judgement of Paris (1639), highlights the powerlessness of Helen who sits looking outwards, forced to the margins of the image. Antin’s work turns this on its head. Featured as part of a series called Helen’s Odyssey, the photo challenges a tradition that has often vilified the Spartan queen Helen for her involvement in the war.

A recent significant development has been the growing number of English-language fictional accounts about Troy written by women. These works retell and expand on various aspects of the Trojan War story from the perspective of the women involved. They range from Pat Barker’s The Silence of the Girls, which retells the Iliad from the perspective of the story’s women, to Madeline Miller’s bestseller Circe, a feminist exploration of certain events from the Odyssey. Such works offer a potent challenge to a tradition that has been wholly dominated by male authors and male-centred stories.

An especially impressive entry in this burgeoning group of women writers’ works on Troy is Alice Oswald’s 2011 poem Memorial, an idiosyncratic translation of the Iliad. The poem evokes various contemporary war memorials, such as the Vietnam Veterans Memorial in Washington DC, in its opening which lists the names of almost all the men whose deaths are reported in the Iliad.

What’s more, the poem records moments in which the soldiers of the Iliad die on the battlefield. In doing so, as in the Iliad, Oswald repeatedly draws attention to bereaved parents, widowed partners and fatherless children. In an age where technology has changed the methods and image of warfare, desensitising us to such violence, works like Memorial are a timely reminder of the human costs of deadly conflict.

It is clear, then, that Troy and the stories that surround it continue to shape culture thousands of years after the Trojan War ostensibly occurred. This is what makes the British Museum exhibition so relevant for audiences today. The story of the Trojan War is a story of universal suffering that stretches past the battlefield. It is a story that highlights the absurdity of war, which at its core holds sentiments that ring as true today as they did in antiquity.