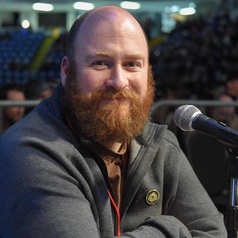 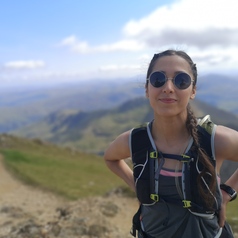 The International Olympic Committee’s (IOC) position on refugees is contradictory and confusing.

The organization has its own Refugee Team competing at the 2022 Beijing Olympics. It’s a relatively new initiative, happening first at the 2016 Rio Olympics.

On the surface, it seems like a noble humanitarian effort. Refugee athletes recognized by the United Nations High Commissioner for Refugees (UNHCR) are permitted to compete at the Games under the Olympic flag. One would think, based on this newfound commitment to refugees, that the IOC would only hold the Olympics in nations that respect the rights of refugees.

With the 2022 Beijing Olympics now less than a month away, it’s difficult to square the IOC’s Refugee Team initiative with China’s abysmal track record on refugees. Is there any substance to the IOC’s refugee efforts or is this all for show?

In a recent article, a team of academics and activists — including ourselves — outlined many of the Chinese Communist Party’s (CPP) human rights offences, hoping to spark a more extensive boycott action against the 2022 Beijing Olympics.

For Tibetans, Uyghurs and others facing the CCP’s policies of cultural genocide, asylum in a foreign nation is often a last, desperate attempt to secure their rights and freedoms. But getting out is no simple task.

China persistently pursues its own refugees abroad, while at the same time ignoring international calls to follow UNHCR protocols for refugees from North Korea and Myanmar.

The system serves, in part, to identify so-called “pre-criminals” — accused of infractions as minor as an international student using a virtual private network (VPN) to access school emails — to undergo political re-education in the state’s extensive camp system. For the most part, Uyghurs and other Muslims are prevented from becoming refugees.

The CCP has made obtaining a passport increasingly difficult for those in Xinjiang. As TIME Magazine journalist Jasmine Aguilera explains, “It’s next to impossible for Uyghurs in China, most of whom are under extraordinary state surveillance, to access refugee resettlement systems.”

Escaping China, however, is just the beginning. The case of Huseyin Celil is instructive. After successfully fleeing Xinjiang and obtaining UN refugee status in 2001, Celil was granted Canadian citizenship in 2005.

The CCP tracked Celil abroad in 2006, ultimately convincing authorities in Uzbekistan to detain and repatriate the UN-recognized refugee. Celil has been imprisoned in China ever since.

In fact, China has routinely convinced nations — including Kazakhstan, Malaysia, Thailand, Pakistan and Cambodia — to ignore or forgo UNHCR protocols, which are a precondition to compete on the refugee team, effectively excluding would-be Olympic athletes from the Games.

Tibetans are also experiencing a cultural genocide at the hands of the CCP. Like Uyghurs and other Muslims in Xinjiang, Tibetans find themselves contained by CCP forces, pinned down by the oppressive state security apparatus.

The CCP has severely restricted Tibetans’ freedom of movement by limiting access to passports and requiring “pre- and post-trip debriefings with the police as a condition of international travel.” With their options limited, many would-be refugees end up fleeing to Nepal in hopes of receiving asylum.

In the years since the 2008 Beijing Olympics, or “China’s genocide Olympics,” which coincided with a brutal CCP crackdown on human rights in Tibet, China has reinforced its border with Nepal, detaining refugees before they can reach foreign assistance.

For its part, Nepal accepts China’s demands, refusing to grant refugee status to newly arrived Tibetans. An annual average of 2,200 Tibetans fled China for Nepal prior to 2008. In 2013, the year after Xi’s ascension to power, the number of refugees entering Nepal from Tibet collapsed to 171.

When the CCP catches Tibetans trying cross the Nepalese border, they are “imprisoned and physically abused.”

The CCP’s draconian treatment of refugees seemingly puts it at odds with the IOC’s own efforts to assist refugees, making an Olympics in Beijing unjustifiable in 2022. That is, unless the IOC’s refugee initiative is merely superficial and intended more as a marketing campaign than a human rights initiative.

How else could Beijing be approved — for the second time in less than two decades — to host the Olympics in the first place?

“When we award the Games to a country … we don’t do it as an indication we support the political objectives of that country. It’s done on the basis of the importance of the country as a sporting nation and its ability to organize the Games at the level the world now expects for an Olympic Games.”

The IOC’s position is clear. Human rights be damned. Refugees be damned. The Games must go on. The rest is window dressing.