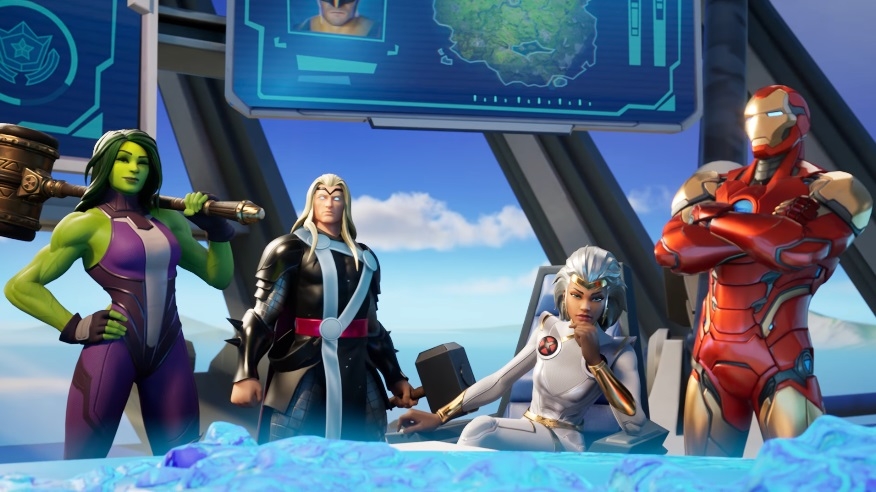 The relationship between two giant tech companies, Epic Games and Apple, has gone beyond sour, and “Fortnite” players on Apple devices are not spared from their legal battle. After removing “Fortnite” from the App Store, gamers using iPhone, iPad, and Mac might be unable to enjoy the newly released Marvel-themed season.

“Fortnite” Chapter 2 - Season 4 went live Thursday bringing some Marvel-themed contents to the popular battle royale game. However, since the update is released after “Fortnite” was removed from the App Store, this means gamers who use iPhone, iPad, and Mac devices can no longer update the gaming app. This means they will not be able to play with the update unless they transfer to another device.

This was confirmed by Epic Games in a statement coinciding with the release of the “Fortnite” update. “Apple is blocking Fortnite updates and new installs on the App Store, and has said they will terminate our ability to develop Fortnite for Apple devices,” the video game company said. “As a result, Fortnite’s newly released Chapter 2 - Season 4 update (v14.00), will not release on iOS and macOS on August 27.”

What happened between Epic Games and Apple?

Epic Games has actually been in a dispute with both Apple and Google causing the “Fortnite” to be removed from the App Store and the Play Store earlier this month. The video game company started offering gamers an option to pay them directly -- at a discount -- instead of paying through the App Store and Play Store channels. For example, 1,000 V-Bucks usually cost $9.99 on the mobile platforms but paying Epic Games directly will only cost gamers $7.99.

It would have been an easy choice to make for any player and it would have also allowed Epic Games to avoid Apple and Google’s fees that are at 30% of every in-app purchases. Not surprisingly, the move did not sit well with Apple and Google resulting in the removal of “Fortnite” from the digital distribution platforms.

Is there a workaround for ‘Fortnite’ players using Apple devices?

There is no workaround for “Fortnite” fans who want to install or update the app on Apple devices, but it is a different story on Android. The mobile game can be downloaded through the Epic Games App and the Samsung Galaxy Store on compatible Android devices.