Ford, General Motors donate 100 trucks to help Ukrainians get out of war zones 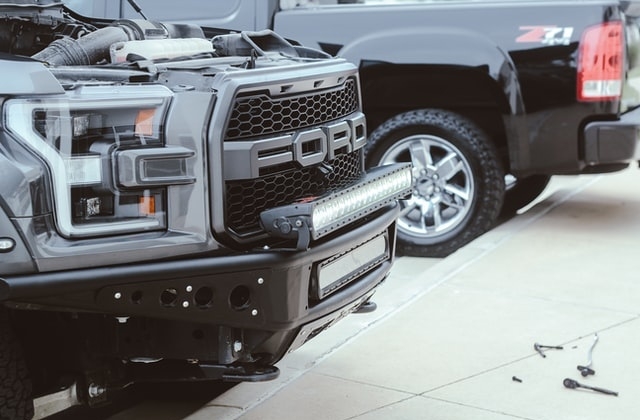 Ford and General Motors have sent a total of 100 trucks to Ukraine, and both companies are donating these vehicles to help with the humanitarian situation there. It was reported that the donation was made with the assistance of Maersk transport company.

As per Fox Business, prior to the delivery of the trucks, the Ukraine government leaders reached out to General Motors and made a special request. They said they needed big vehicles to transport residents and get them out of the war zones.

In response, General Motors’ spokesperson, George Svigos, said that the company immediately said “yes” without any hesitation. "We had an international team start working on it," he said at that time and adding that GM’s team moved quickly to fulfill the request.

He added, "The vehicles will be used to assist with humanitarian aid in the region. "The decision to donate vehicles was made following a request from the Embassy of Ukraine in Washington."

It was last week when the Detroit, Michigan headquartered automotive company confirmed it had a shipment of 50 Chevrolet Tahoe sports utility vehicles, and these were already received by the Ukrainian Ministry of Infrastructure for humanitarian affairs. These will be used to move civilians to safety.

For Ford Motors, it was reported to have sent Ford Ranger pick-up trucks to Ukraine. The automaker’s chief executive officer, Jim Farley, confirmed they have sent 50 Ranger pickups to the war-torn country and shared that the vehicles made it across the border.

Farley said via social media that he is proud of the Ford team and partners at Maersk for their hard work in making the shipment to Ukraine happen. He went on to confirm that the trucks landed in Ukraine last week and are already being deployed to work.

Meanwhile, The Detroit Free Press reported that aside from donating 50 SUVs, General Motors also gave $250,000 to support humanitarian aid and matched its employees in the US’ contributions up to $50,000, which will be handed out to specific non-profit organizations. It was mentioned that GM Canada also matched its employees’ donations of up to $20,000 in March.