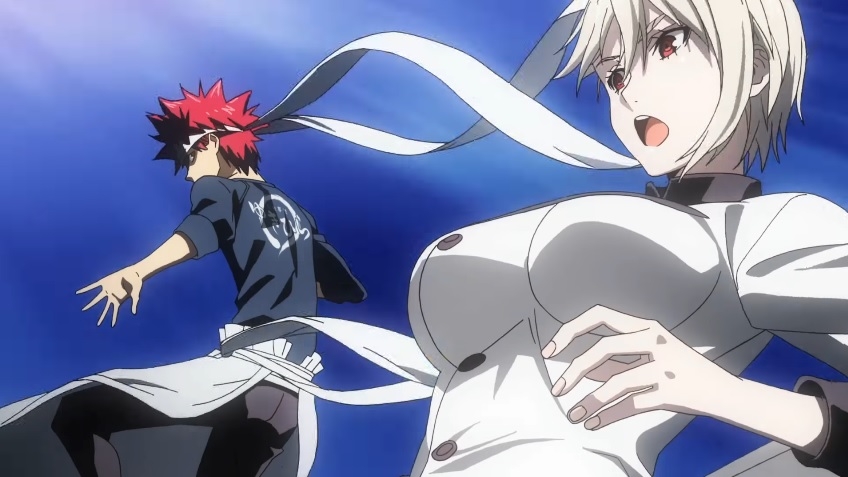 When the postponement of “Food Wars: Fifth Plate” was announced late last month, many fans thought it would only last for a few weeks. However, it was now made clearer that viewers will have to be content with reruns of old episodes as the release date of “Food Wars” season 5 episode 3 has been moved to a much later schedule.

The Fifth Plate is likely the final installment of the TV adaptation of “Shokugeki no Soma,” so there were high expectations among anime-only fans when it premiered in April. Unfortunately, the COVID-19 situation in Japan got worse in the past couple of months that it affected the production of anime shows. “Food Wars” season 5 was not spared from this turn of events even though it has already released its first two episodes.

First, fans should keep in mind that this decision is very likely for the best and the safety of everyone involved in the making and broadcasting of “Food Wars” season 5. With that said, viewers will have to muster all the patience they could as Shueisha and anime producers decided to push the Fifth Plate’s return schedule in summer.

“Food Wars” season 5 episode 3 is currently planned to air sometime in July, although an exact release date has not been decided yet. This means that if the Fifth Plate consists of a one cour episode order, the anime series finale could happen between September or October.

The available manga materials for the final arc suggests that “Food Wars” season 5 could run with around 12 to 13 episodes. However, the first two episodes of Fifth Plater already showed that the anime adaptation is very likely to include original scenes and storylines in the BLUE arc.

This should be a welcomed change, especially to manga readers who were left very underwhelmed with how the original story ended last year. So far, one of the significant changes in the “Food Wars” season 5 was the first appearance of the new and important character named Suzuki. The way three of the Totsuki students, Soma, Megumi, and Takumi, were chosen to join the BLUE tournament was also very different from the manga.

This opens many possibilities for “Food Wars” season 5, for sure. However, this still does not guarantee that the anime adaptation will have an original ending. It is still very uncertain whether Soma’s fate will end in a more victorious note compared to the manga. Fans are also likely hoping to see his relationship with Erina go for a more heartwarming direction than what the manga presented.