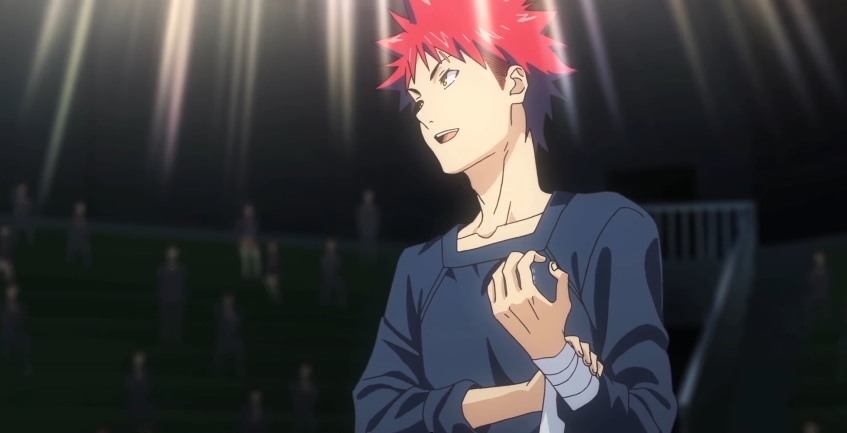 “Food Wars” season 5 is just two episodes in and there are several significant changes between the events in the original stories from the manga and the anime adaptation. It is then worth asking if an original ending for the latter could be in the works.

The premiere of “Food Wars” season 5 gave the impression that the Fifth Plate is cutting out many scenes to narrate the remaining story arcs more concisely. However, that drastically changed in episode 2 as more than half of its runtime consisted of anime-only scenes. Originally, the three Totsuki students – Soma, Takumi, and Megumi – competing in BLUE directly received invitations. Erina did not have to hold a BLUE Preliminaries for all Totsuki students.

Most of the original scenes in “Food Wars” season 5, so far, involved the new character. Fans may recall that Erina met a young man in the season 4 finale’s post-credits scene. That same man appeared in the Fifth Plate premiere as the new Totsuki teacher named Suzuki.

He plays a very important role in the final arc and, quite frankly, how the series ultimately ended. It should be noted, though, that that was not the sequence of events of how he was originally introduced in the manga. So if the anime is changing the series of events involving such a significant role, does this mean “Food Wars” season 5 will have an original ending like many fans want?

Unfortunately, it is too early to tell. But even though original scenes are being added in “Food Wars” season 5, it can be noticed that they do not really affect the outcomes as were told in the original manga series.

While anime fans are being taken to a different route, they are still likely to arrive at the same conclusion the manga readers found last year when “Shokugeki no Soma” ended. How the manga ended sparked debates among avid fans, and this could explain why there is also a lingering interest on whether or not “Food Wars” season 5 would end in a different way.

The anime community has been affected by the COVID-19 pandemic. Some shows had its premieres held indefinitely, but to “Food Wars” season 5, it manifested by having its next episodes postponed for at least three weeks.

The official “Shokugeki no Soma” website announced that reruns of the Fourth Plate will air on “Food Wars” season 5’s timeslots on April 24, May 1, and May 8. This means the earliest possible release date for episode 3 is May 15.