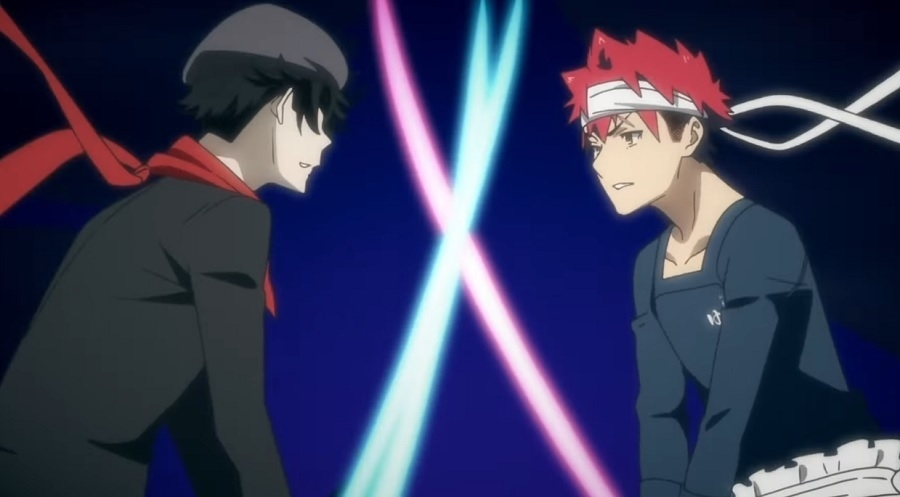 Based on the pacing of the anime adaptation, it appears that “Food Wars” season 5 episode 11 will be the installment where Soma’s mother. Even though it is just in a flashback, Tamako’s appearance will play a huge role in helping his son through his biggest culinary duel ever.

‘Food Wars’ season 5 episode 11 spoilers: How Soma’s mom will appear in the show

Anime fans saw Tamako’s anime debut in episode 10, but her appearance in the flashback was based on Joichiro’s perspective. With “Food Wars” season 5 episode 11 going to be focused on Soma preparing his dish to defeat Asahi, it is very likely for Tamako to show up once more. This time, it should be told based on Soma’s memories, especially since the dish he will make is mainly inspired by his late mother.

Episode 10 showed how Soma’s starting journey as a chef is the same as her mother, who was nowhere near as good as Joichiro. But she kept practicing and trying new recipes even though they would result in terrible dishes. The manga chapter that has the same title as “Food Wars” season 5 episode 11, “The Taste of Failure,” included a sequence where Tamako and Soma were working on perfecting a fried rice dish for the Yukihira Diner.

That should be one of the significant appearances in “Food Wars” season 5 episode 11. Soma’s dish that is supposed to combine techniques and ingredients from five grand cuisines will end up to be a fried rice recipe where he will combine everything he learned since attending Totsuki. But the more important aspect of Soma’s dish is including the things he learned from his mother.

It can be recalled that by the end of episode 10, Soma commented that Asahi’s Cross Knives is merely a cheat code allowing him to copy their cooking techniques through their kitchen tools. Since the key to Soma’s dish in “Food Wars” season 5 episode 11 is from something he learned from his mother, it then becomes his key to gain an advantage over Asahi.

The “Food Wars” season 5 episode 11 shares the same title as manga’s chapter 311. Note that the manga ended in chapter 315 and had three more epilogue chapters. This means the end is really near for the anime as well. “The Taste of Failure” will be released on late Friday, Sept. 11, and will have a simulcast on Crunchyroll.