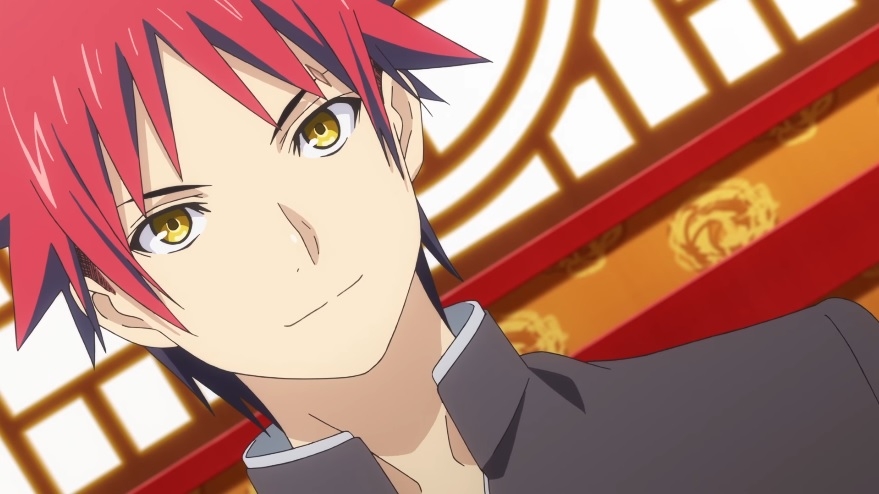 “Food Wars” season 5 episode 10 will feature one of the most important cooking duels in the entire series. Soma is going to face Asahi once more while the latter uses Joichiro’s original knife. This means, for Soma, defeating Asahi now would equate to defeating Joichiro.

Those who have not read the manga may still be anticipating Soma to face Joichiro in another shokugeki where the son finally wins. In the manga, however, this dream became a reality for Soma but not by directly challenging his father. The “Food Wars” season 5 episode 10 title, “Surpassing Dad,” suggests that it will revolve around Soma and Asahi’s match in BLUE. This should then lead to the event where Soma achieves one of his lifelong dreams.

Since the start of the series, Soma’s goals have been clear -- to defeat his father in a shokugeki and to manage the Yukihira Diner. These ambitions have led him to study in Totsuki where he was made to see that he had more to learn to beat Joichiro.

Because Asahi is such as a showman, he deems it is fitting to use Joichiro’s original knife in his battle against Soma. Since the premise of Asahi’s culinary power is performing with the skills of the chef who once owned the kitchen equipment he uses, Soma sees this as an opportunity to “surpass” his father’s culinary prowess. This explains the meaning behind the title of “Food Wars” season 5 episode 10.

The leader of Noirs also whips out his Cross Knives skills once more in the hopes of winning this match and reach the final round of BLUE. Asahi is likely to have the upper hand in “Food Wars” season 5 episode 10, especially with a very complicated theme that Mana chooses. The book master challenges them to create one dish while using techniques and ingredients based on Chinese, French, Italian, Indian, and Turkish cuisines.

Given the current pacing of the manga-to-anime adaptation, it is quite clear that “Food Wars” season 5 episode 10 will be one of the final installments of the entire series. But Soma and Asahi’s duel will not be the last round of BLUE because whoever wins will have one more fight left that will be up against Erina.