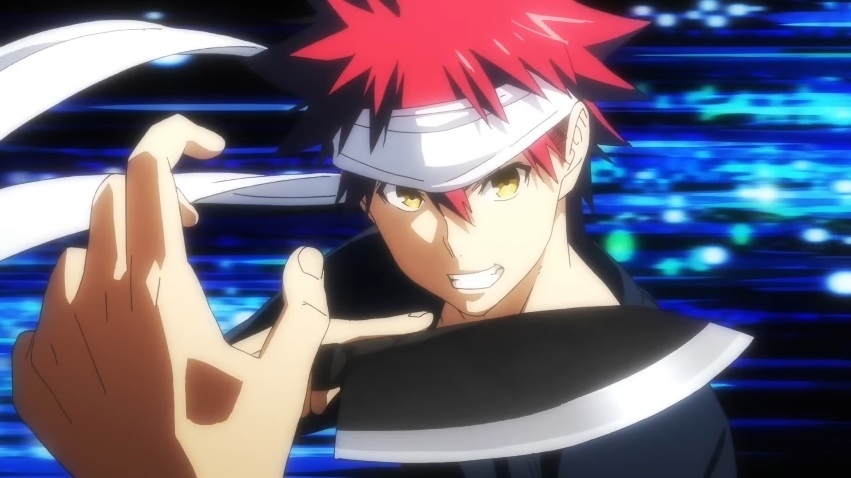 Students from Totsuki advance in the BLUE competition, but Takumi is facing a huge problem ahead of his duel against the Noir chef named Don Calma. Fortunately, his rival Soma will join him in “Food Wars” season 5 episode 8 to save the day.

To recap briefly, “Food Wars” season 5 is tackling the final story arc of the series revolving around the prestigious gourmet competition called BLUE. Four people chefs from Totsuki joined to compete including Erina, Soma, Takumi, and Megumi. The upcoming episode 8will focus on the expert of Italian cuisine and his fight against another dangerous chef from the Noirs group.

As shown in the latter part of episode 7, Takumi is facing Don Kama in the next round where they will be allowed to bring in a team of their choice to help them in the preparing their dish. Not surprisingly, Takumi only needed help from one person. That is no less than his brother, Isami. Unfortunately, Isami was shown arriving in the wrong place.

If “Food Wars” season 5 episode 8 would not change much from the manga chapter where it is based, fans should expect to see Isami in quite a dangerous situation. He did not simply mix up the details of the contest’s venue, but he was actually kidnapped by Don Kama’s associates.

The Noir chef thinks this will jeopardize Takumi’s chances of winning the next round, but he is mistaken. This mishap leads to Takumi getting help from Soma in “Food Wars” season 5 episode 8. Together, they will demonstrate an impressive partnership in the kitchen using Takumi’s mezzaluna. But since Takumi has been a self-proclaimed rival of Soma, their work in the next episode is unlikely to go without some misunderstandings.

There are reports that “Food Wars” season 5 will only be a one-cour run, which is usually composed of 13 episodes. If that was the case, the final season is now closer to the end in episode 8.