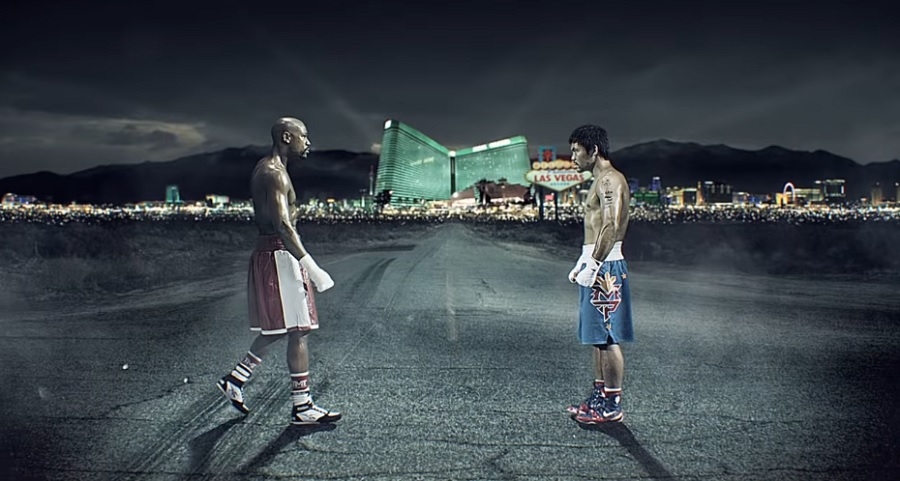 From the Mayweather vs. Pacquiao commercial trailer. | Photo by SHOWTIME Sports/YouTube screenshot

Manny "PacMan" Pacquiao acquired two more professional boxing wins this year, but it has been very obvious that the person he wants to fight the most is Floyd “Money” Mayweather. Talks about their long-awaited rematch take off in previous weeks, but a deal has not been finalized yet.

Over the previous weeks, boxing fans were presented with several possibilities. For one, Mayweather stated he is open to fighting Pacquiao in an exhibition match. However, the Philippine senator has been adamant that he is not up for a match that would not go on his career record.

As the end of 2019 nears, Pacquiao’s camp has been actively looking for his next worthy opponent. Mayweather appears to be on top of the list; however, setting up this blockbuster rematch is unsurprisingly not an easy task for both parties.

The latest update on the possible Mayweather vs. Pacquiao rematch comes from international boxing matchmaker Sean Gibbons. He told the American boxer that the athlete-politician is “ready to go” as soon as Money agrees to a 12-round fight next year. “Floyd told me that what the Senator’s going to do is just move around the ring, and I told him the Senator’s not doing that as he is coming off one of his biggest wins,” Gibbons added, referring to Pacquiao’s July win against Keith Thurman.

In mid-September, Mayweather uploaded a video on Instagram, where he seemingly announced that an exhibition match with Pacquiao is underway and would take place in Tokyo, Japan. Pacquiao, who is still active in the game, later responded to clarify that he is looking for a “real” rematch.

‘MayPac 2’: Will Mayweather consider coming out of retirement to face Pacquiao again?

It is important to note that Mayweather has retired from professional boxing, with a clean 50-0 record, since 2017, after defeating mixed martial artists and UFC superstar Conor McGregor. However, he has not entirely shied away from major boxing appearances. Mayweather agreed to an exhibition match against Japanese kickboxer Tenshin Nasukawa. The fight happened in Saitama, Japan, on Dec. 31, 2018, with the American winning in the first round and reportedly received a $9 million payout.

To Mayweather and his fans, his first match with Pacquiao in 2015 was enough to settle the debate on who is the better boxer between them. Also, it makes sense for Mayweather to hesitate on risking his 50-0 boxing record and come out of retirement to fight Pacquiao, who has just defeated two boxers 10 years younger than him with only half a year interval.