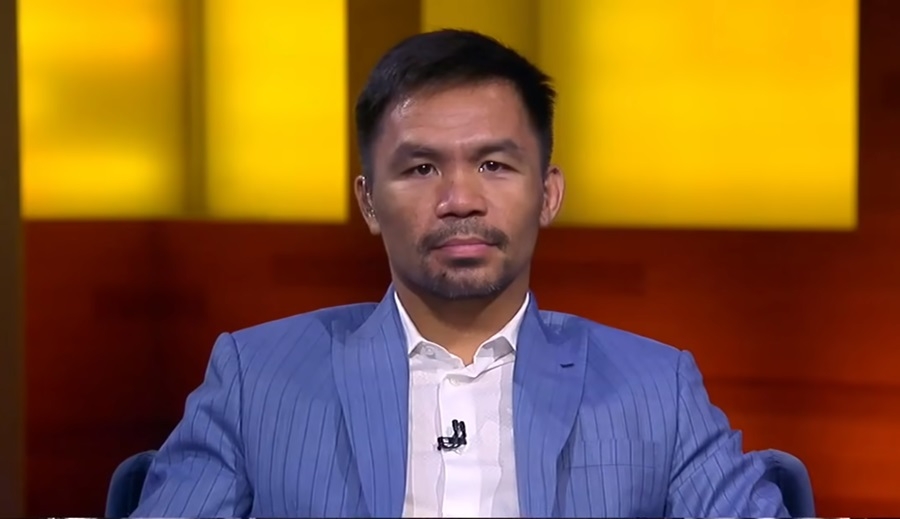 The narrative surrounding a sequel fight between Manny Pacquiao and Floyd Mayweather Jr is currently reaching fever pitch after a video of the latter went viral online. The video in question showed the undefeated fighter talking about the possibility of a second match, which will apparently be discussed in Saudi Arabia.

However, it appears that Manny Pacquiao isn’t aware of this development. When the senator’s camp was asked if they know anything about Floyd Mayweather Jr’s plan, they said that they have no idea that such a deal is being created.

MP Promotions president Sean Gibbons confirmed this information and said that this could be the 42-year-old’s way of trying to find sponsors for the second fight, Philstar reported. Manny Pacquiao himself has yet to respond to this story as of this writing. (Watch the video here.)

Floyd Mayweather Jr unlikely to give Manny Pacquiao the rematch

So does this mean that the match will indeed be happening in the future? Not quite. There are a lot of factors that can dismiss this narrative, most of which stems from the previous actions of Floyd Mayweather Jr. For instance, Mayweather said earlier this year that all his fight that’ll take place in 2019 would all be exhibition matches and dismissed the idea of getting in the ring with Manny Pacquiao again.

There’s also the fact that Floyd Mayweather Jr said last year that he'd be fighting the Filipino slugger but ended up exchanging blows with Tenshin Nasukawa instead. And lastly, Mayweather previously said that the reason he doesn’t want to fight professionally anymore was that he’s worried about his health. Giving Manny Pacquiao the rematch would be in direct opposition of that statement.

Sure, he may have changed his mind, but until such time that the rematch has been inked and scheduled, it’s best to lower our expectations for now. Besides, a second match between Manny Pacquiao and Floyd Mayweather Jr will highly likely end up the same way. While the first fight became the most lucrative match in boxing history, it wasn’t as memorable and explosive as people wanted it to be, especially for casual boxing fans who wanted to see action from start to finish.