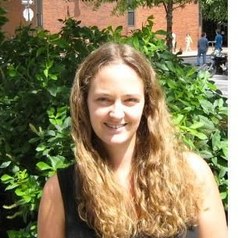 On Nov. 6, voters in Florida will consider a ballot measure that would restore the right to vote to 1 million citizens who are currently not able to vote because they have felony convictions.

My research finds that when Virginia restored voting rights, ex-offenders became more trusting of government and the criminal justice system. These attitudes are known to make it easier for citizens to re-enter society after being released from prison and decrease their tendency to commit additional crimes.

The results from my study in Virginia might give a glimpse of what would be expected if the Florida measure, called Amendment 4, passes.

More than 6 million U.S. citizens do not have the right to vote due to state laws that limit the voting rights of those convicted of a felony.

All but four states automatically restore voting rights to people after they are released from prison, or after completion of parole or probation.

In Florida, however, voting rights are never automatically restored.

They can only be restored by an application to the Executive Clemency Board – a four-member panel including both the governor and the attorney general. Citizens must wait at least five years after completing their sentence before applying. The clemency board is able to reject applications for any reason, including traffic violations.

Under current Gov. Rick Scott, the clemency board approved fewer than 2,000 restorations of voting rights over six years. There is a current backlog of more than 10,000 applications.

Given these strict laws, more than 1.6 million voting-age citizens in Florida do not have the right to vote – including more than 1 out of every 5 black citizens statewide.

Amendment 4 would change the Florida State Constitution. If the referendum passes, voting rights will automatically be restored to all citizens who finish probation. This change would apply to all felonies except for murder and sex crimes.

In Virginia, an ex-offender can only regain their right to vote if the governor signs an executive order personally restoring their civil rights.

Typically, previous governors waited for people to apply and considered individual applications for restoration with varying scrutiny. But in 2016 and 2017, former Gov. Terry McAuliffe made the unprecedented move to proactively restore voting rights to more than 150,000 ex-offenders – more than any other governor in U.S. history.

I went to Virginia during the November 2017 statewide election, shortly after many new restoration orders had been processed. I recruited a sample of 93 citizens with felony convictions to complete two surveys – one before the election, and one after.

More than 70 percent of these individuals already had their voting rights restored by the governor, but many of them were not aware of their newly restored rights.

I randomly divided them into groups. After the first survey and before the election, individuals in one group were informed about whether their voting rights had been restored. Individuals in another group were not provided with this information. I then compared the attitudes within the two groups before and after the election.

These trusting and pro-democratic attitudes are known to help citizens reintegrate into their communities upon release from prison.

Research suggests citizens returning from prison reintegrate more successfully if they are able to transition from an identity as a “criminal” to an identity of a “law-abiding citizen.”

Not being allowed to vote creates a lasting stigma that makes it harder for them to see themselves as valuable members of society. On the other hand, being encouraged to vote causes people to become more informed and more trusting.

Research on crime also suggests that people are more likely to obey laws when they believe those laws were created through a fair process. Individuals who were informed about their voting rights also perceived the government as more fair and representative. Thus voting rights might make it easier for returning citizens to reintegrate into society, while also reducing the incentives to commit further crimes.

But Amendment 4 has had strong bipartisan support. One argument that increases support on both sides is that restoring voting rights would decrease crime.

There are other studies that have found a relationship between voting rights and lower crime. But none of them have yet been able to test whether restoring voting rights causes crime to decrease as mine does.

My research provides the first causal evidence that restoring voting rights causes ex-offenders to the very develop attitudes and behaviors that make them more likely to successfully reintegrate into society and avoid returning to crime and prison.

Amendment 4 could not only affect voter turnout and electoral outcomes – it could also decrease crime and the costs of the criminal justice system.